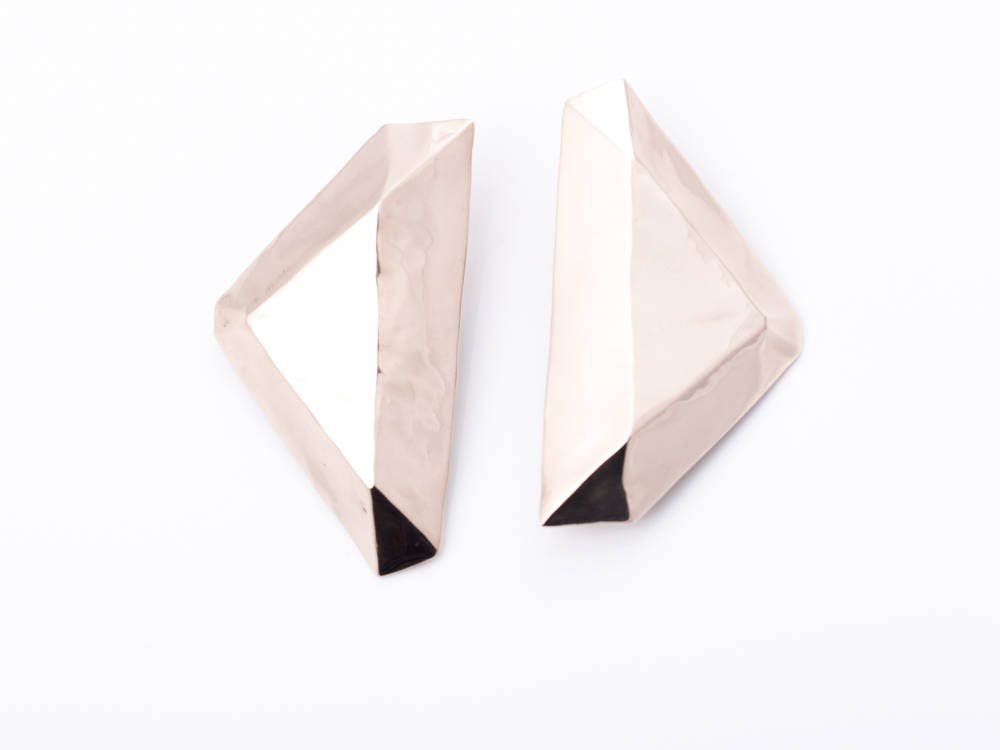 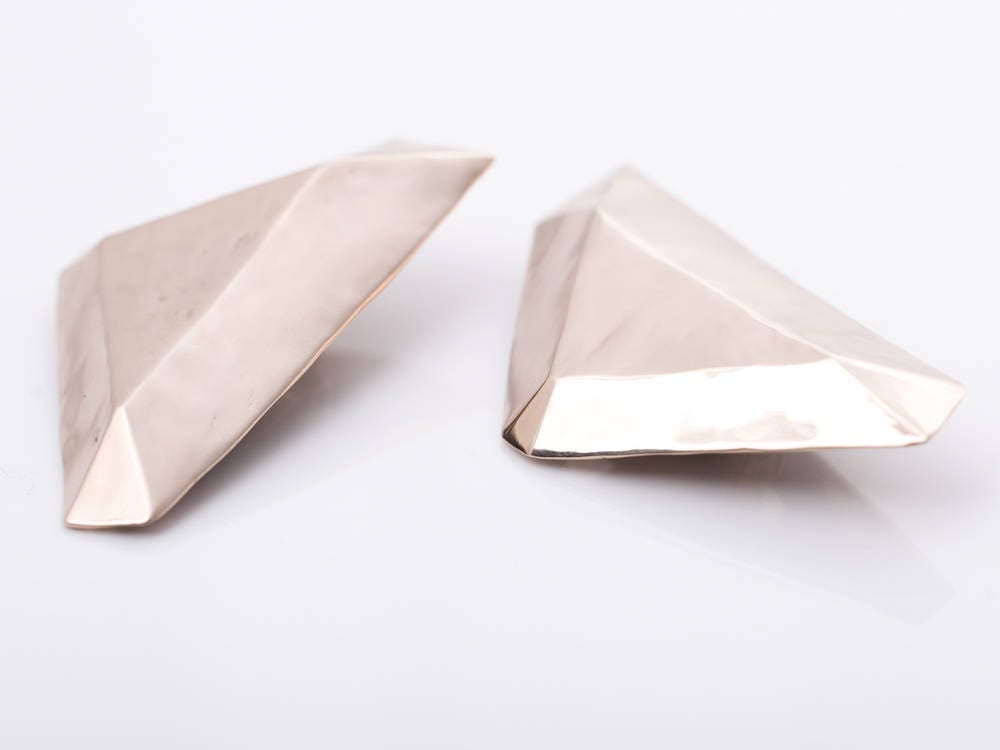 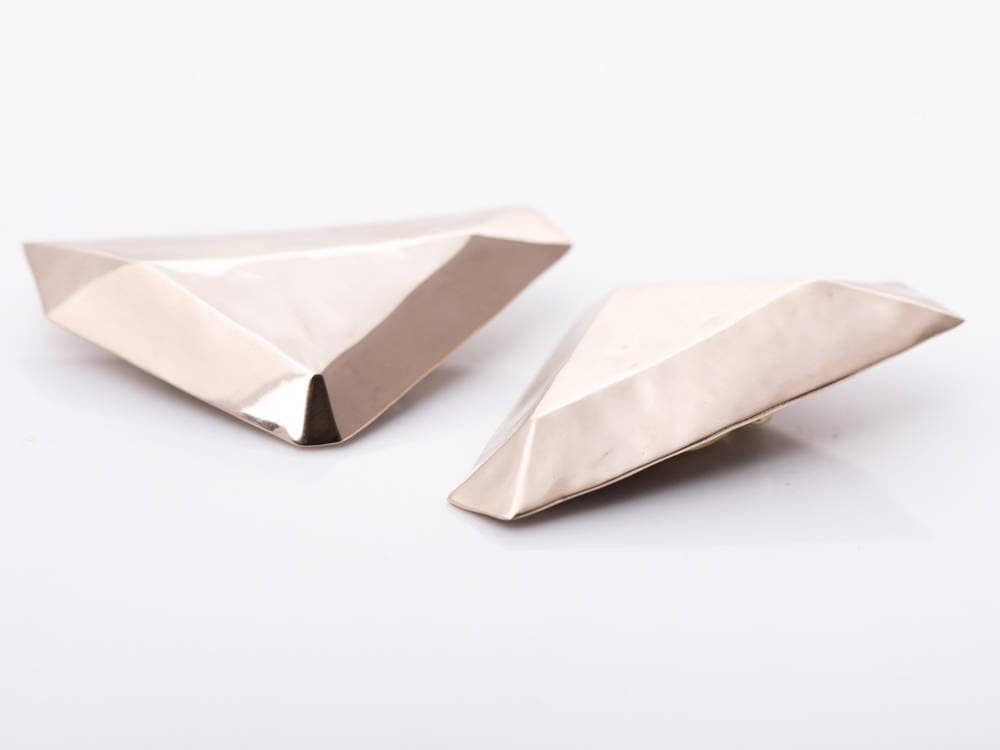 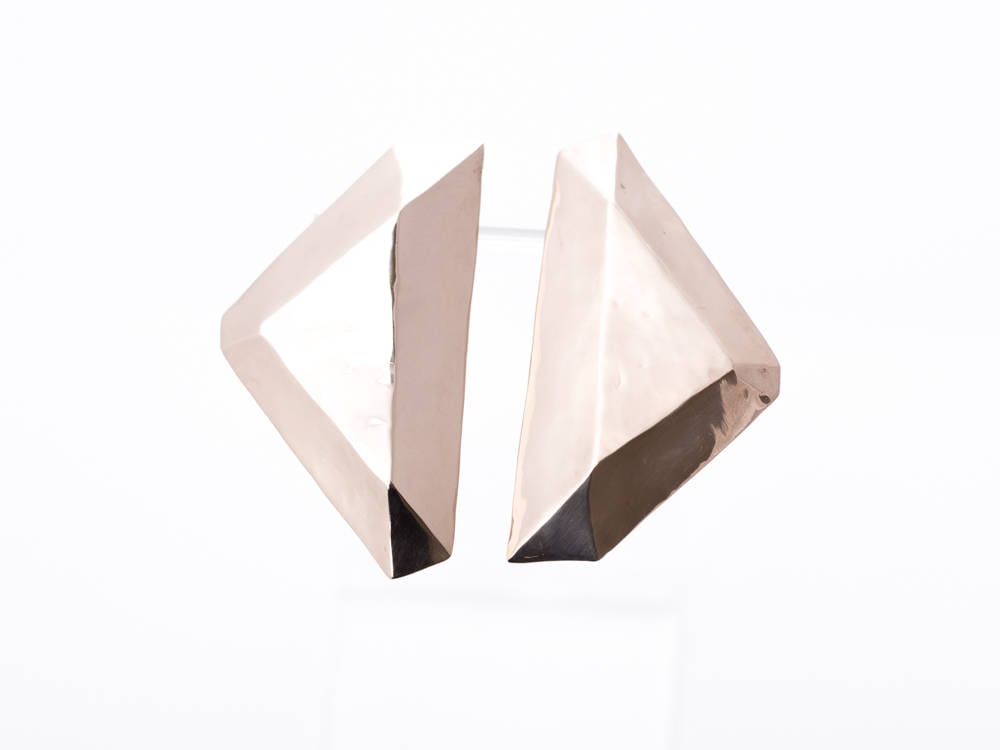 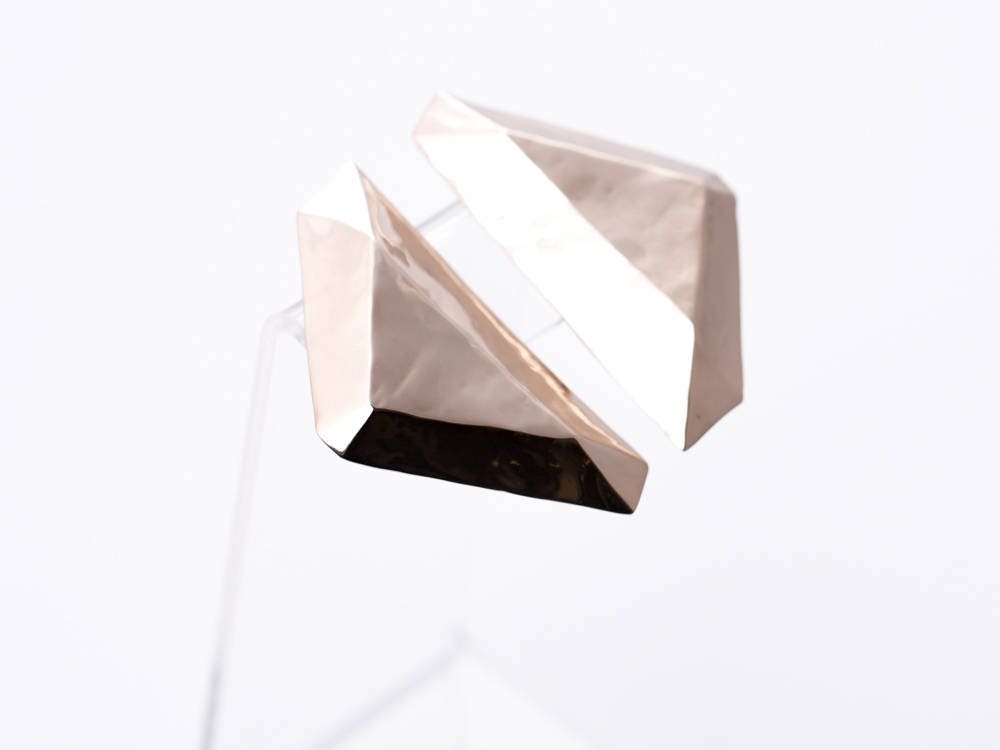 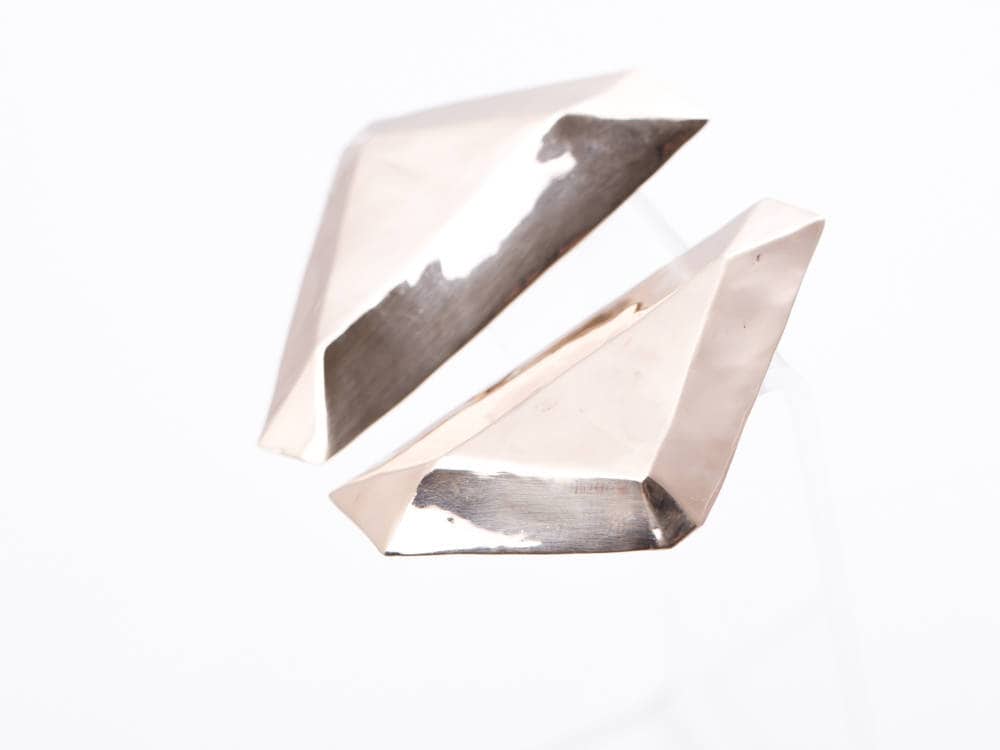 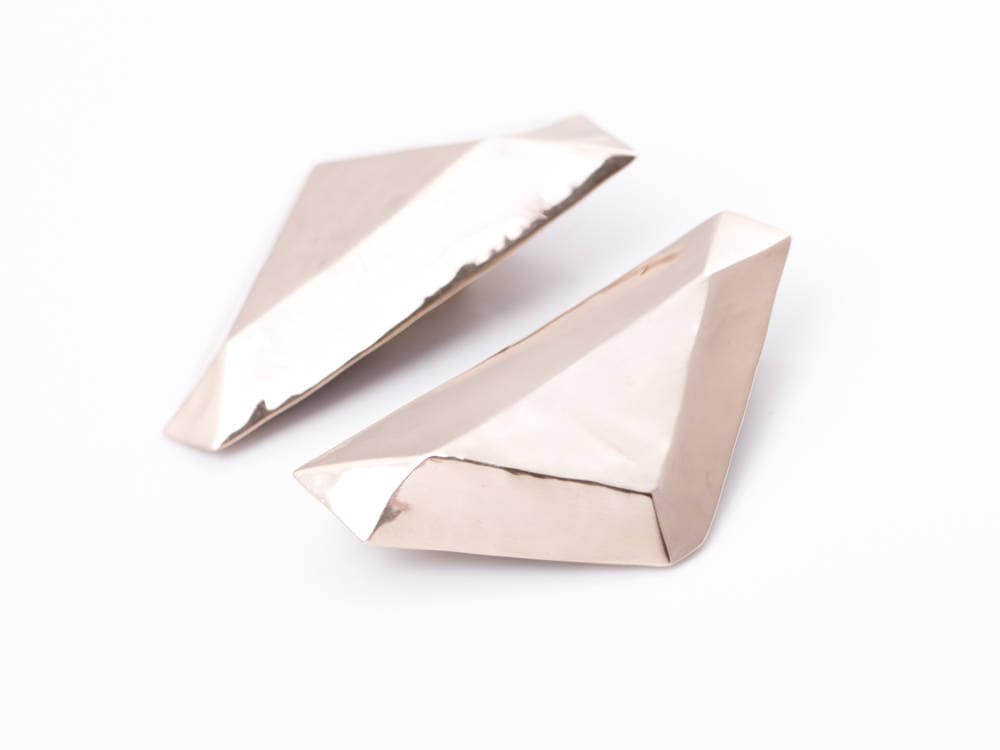 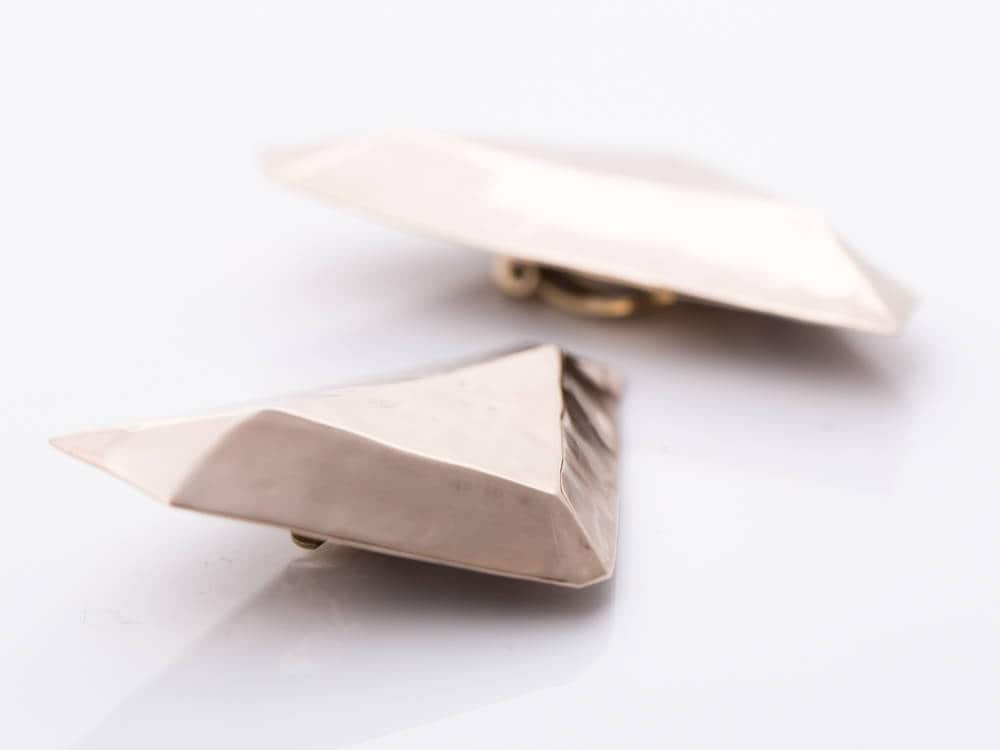 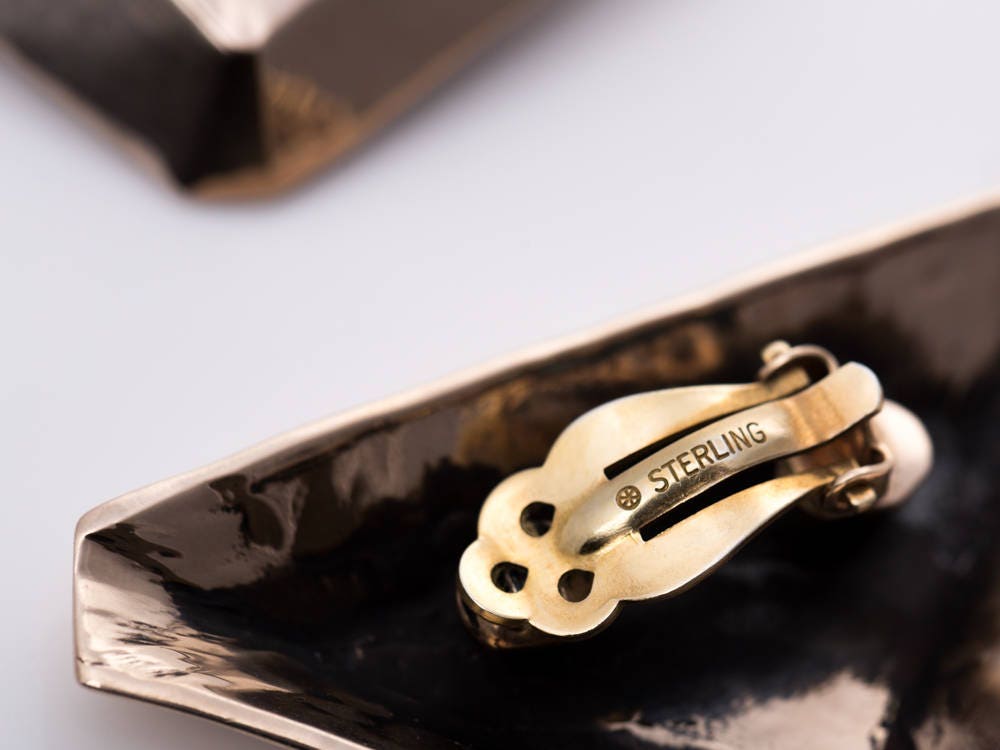 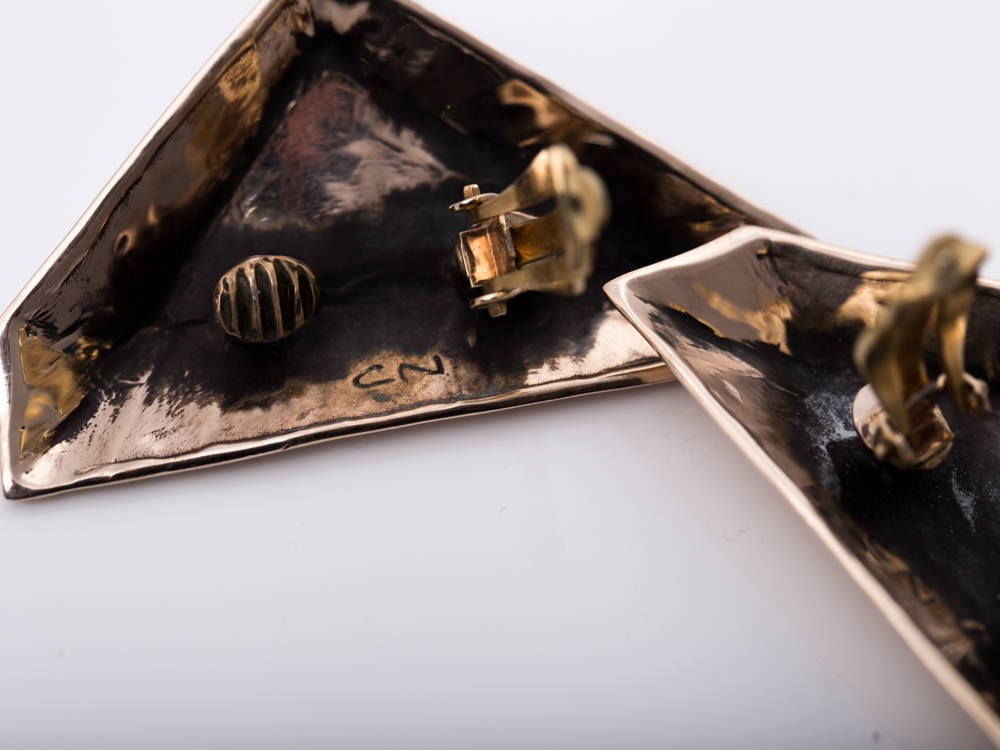 These large statement pieces measure 2 2/8" x 1 3/8" and are in absolutely perfect vintage condition!

Some of Nicholson's early designs were exhibited in the Museum of Contemporary Crafts (now the Museum of Arts and Design), New York. Upon his arrival in New York, Nicholson became an assistant designer for Richelieu, at that time the second largest jewelry company in America. Whilst working for Richelieu Nicholson took advantage of the nights and weekends to produce his own work, which he sold to Neiman Marcus and Henri Bendel. One of his shell, leather and feather necklaces was modeled by Lauren Hutton on the cover of the edition of March 15, 1970, of American Vogue. Later that year, Nicholson was one of six jewelry designers honored with a special Coty Award in 1970 alongside Daniel Stoenescu and Steven Brody of Cadoro, Alexis Kirk, Marty Ruza and Bill Smith. Like Alexis Kirk, he received the award for his debut collection.

Among his inspirations, Nicholson credits the architects Antoni Gaudi and Frank Lloyd Wright, the glass artists Émile Gallé and René Lalique, and Louis Comfort Tiffany as particularly influential. Nature is also a very significant influence on his work, and he has said he finds it difficult to work in an urban context.