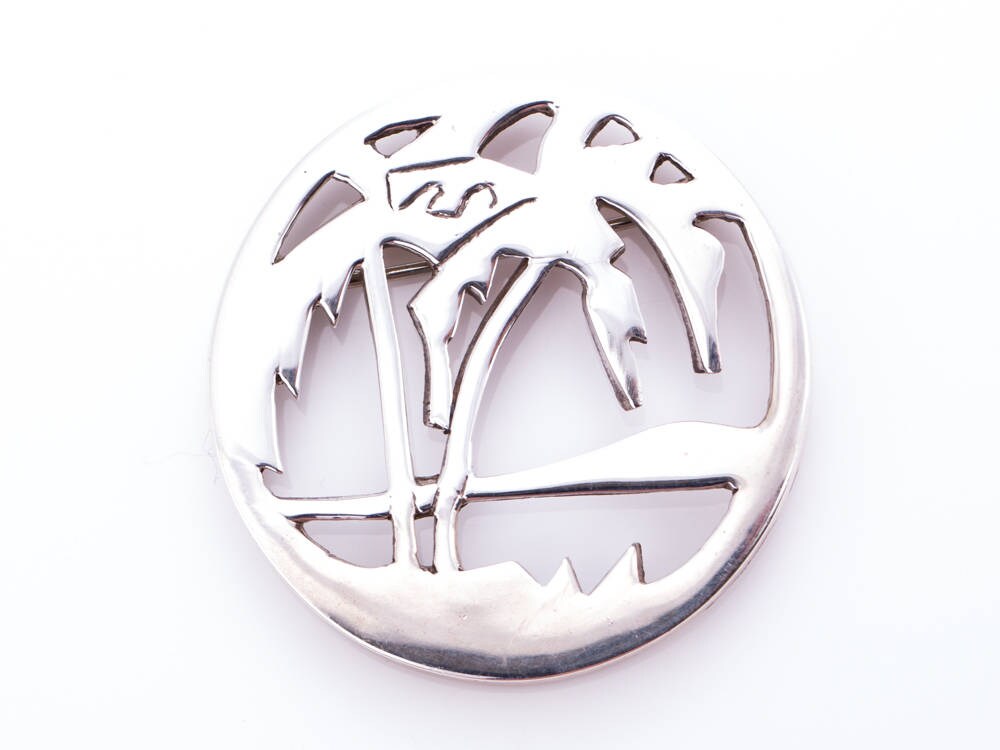 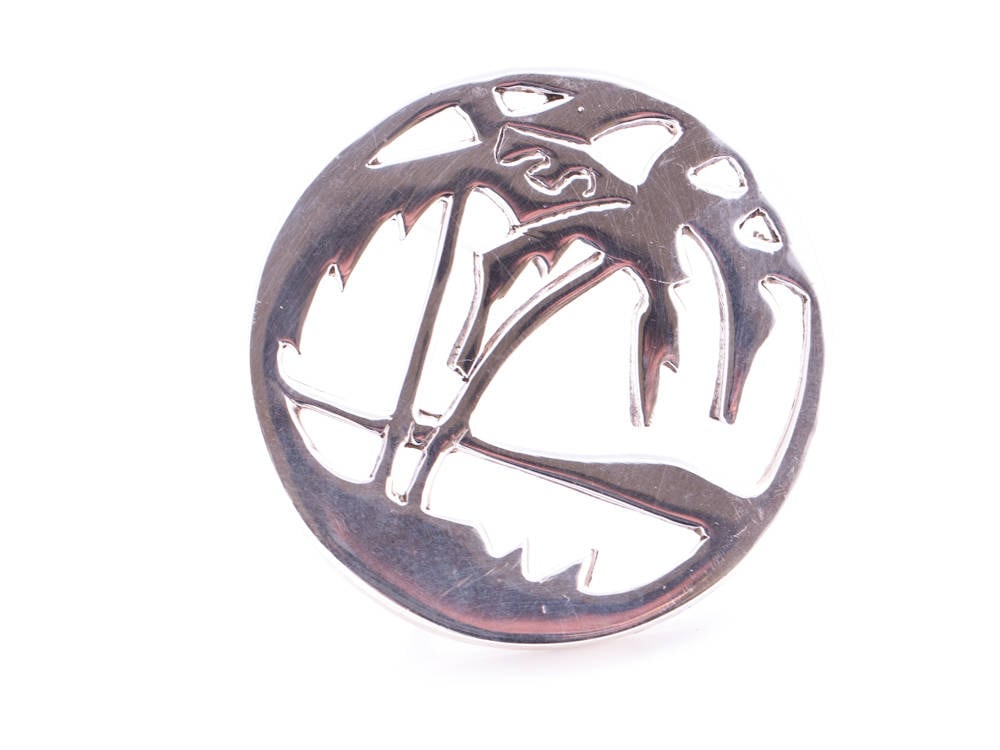 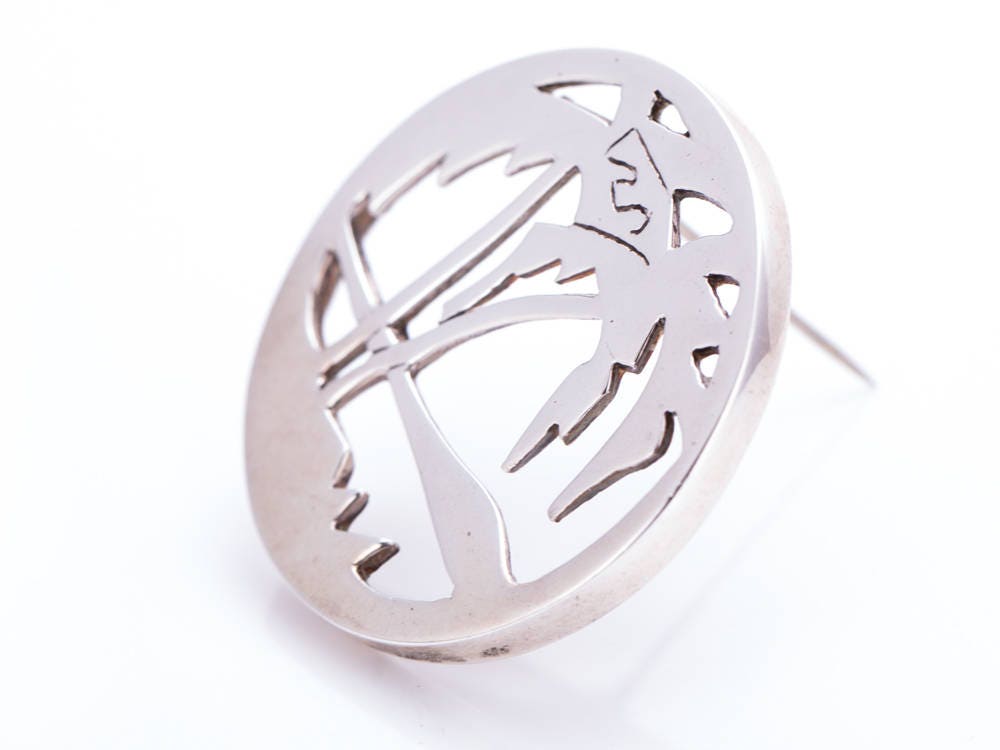 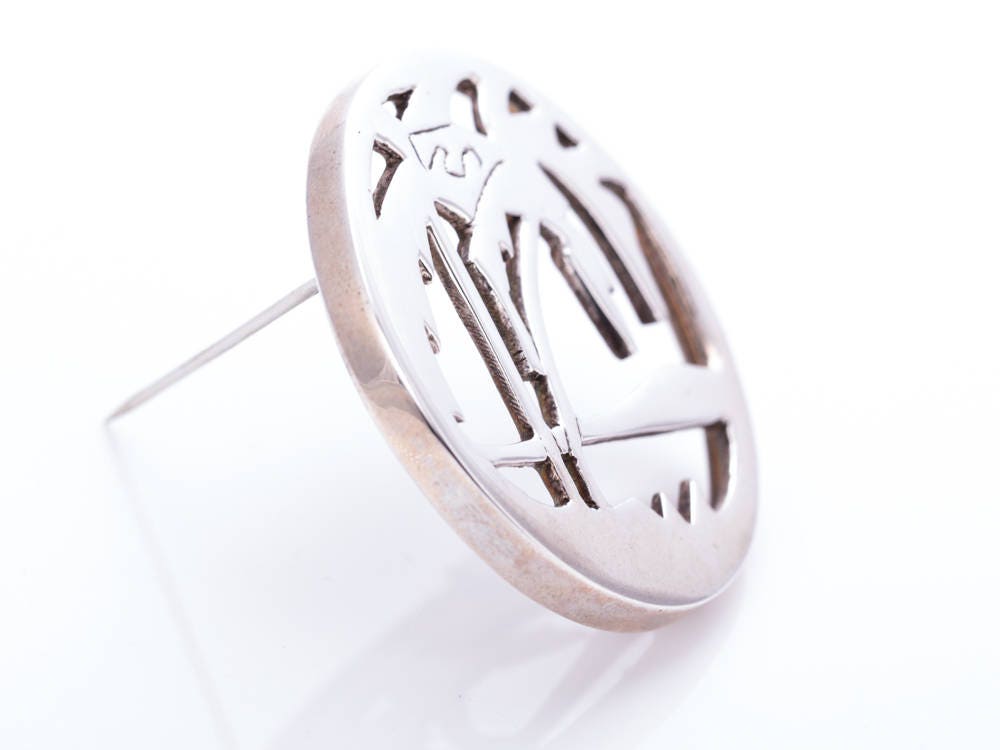 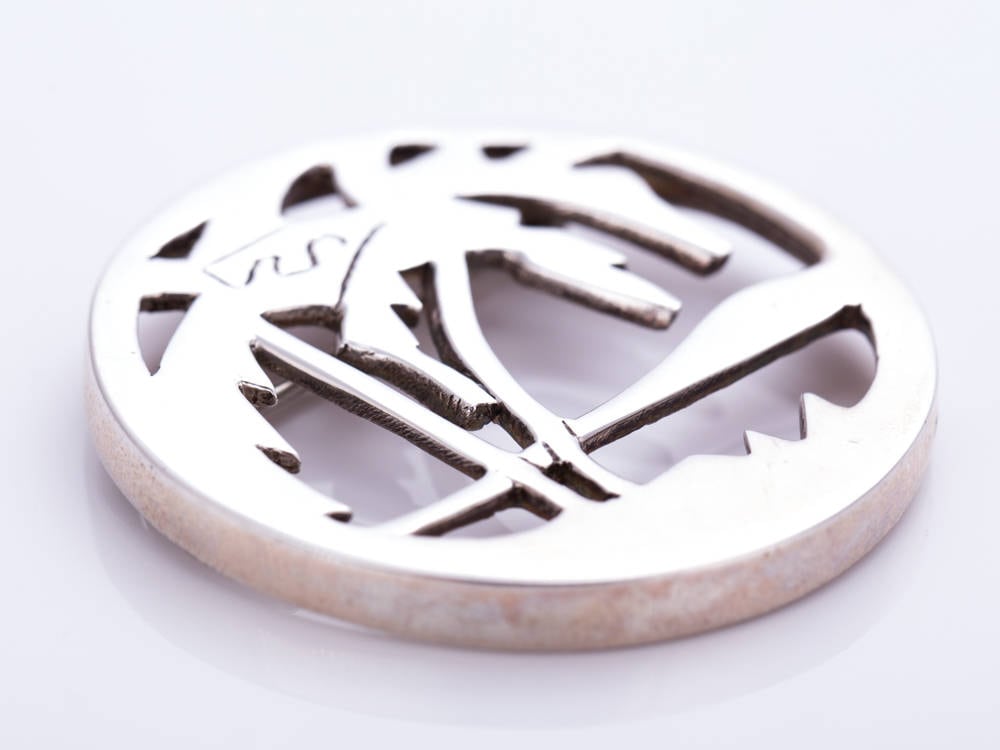 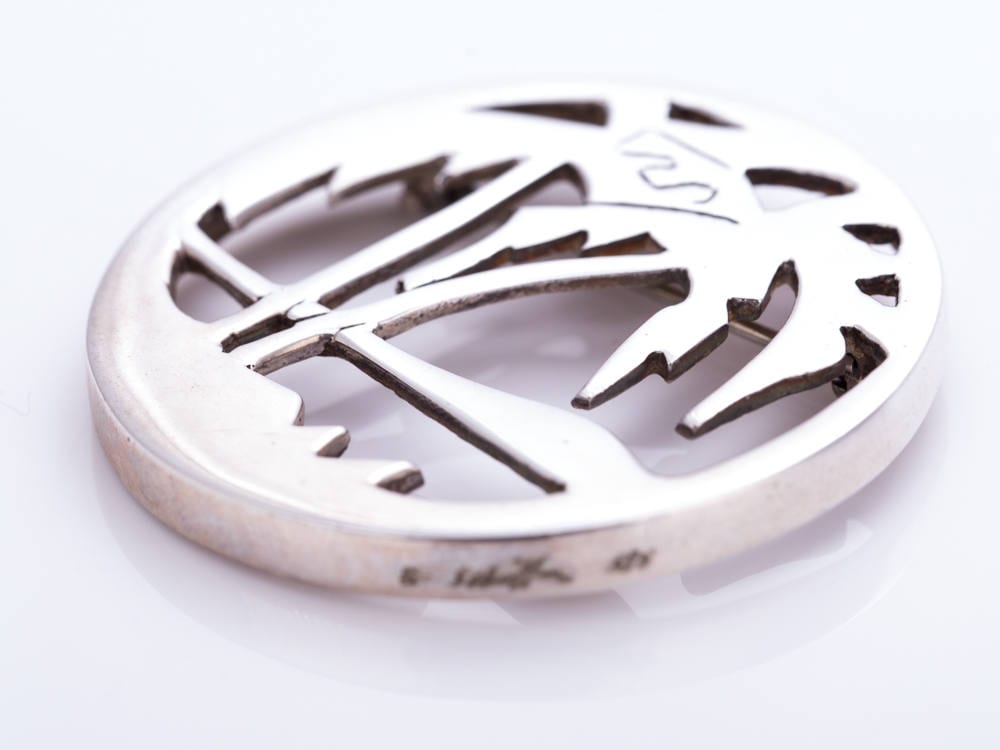 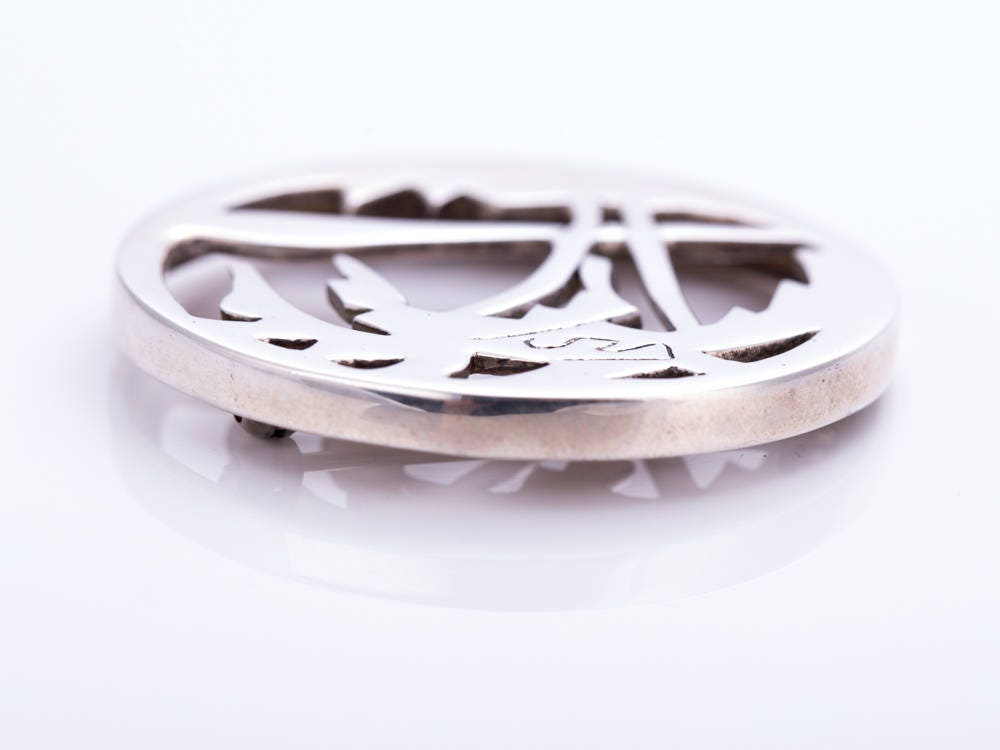 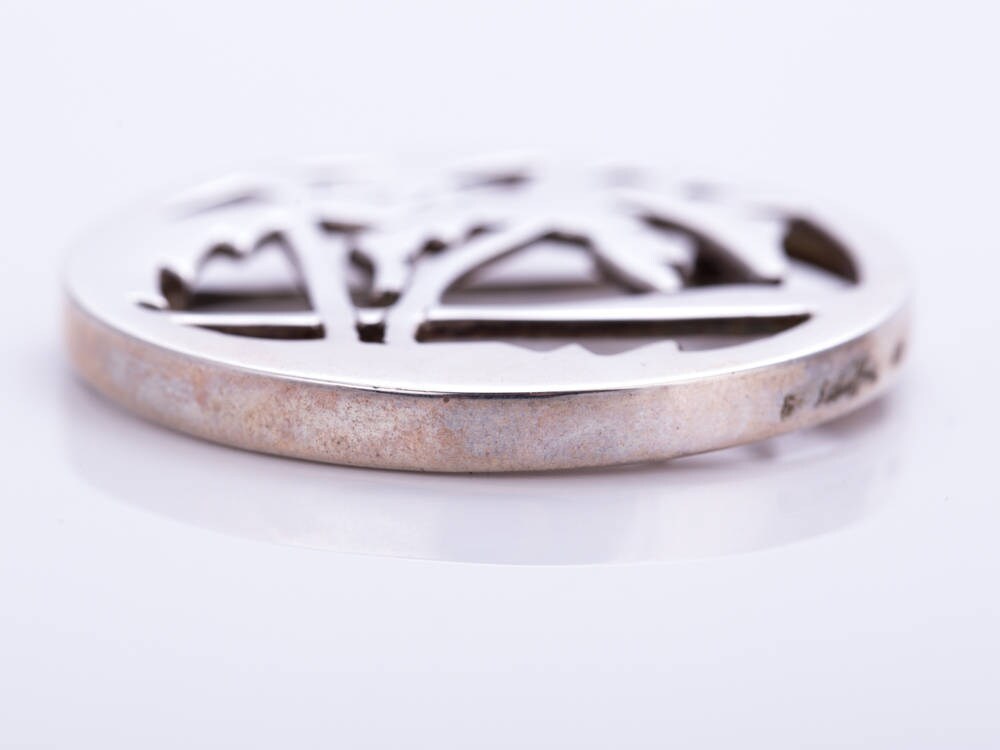 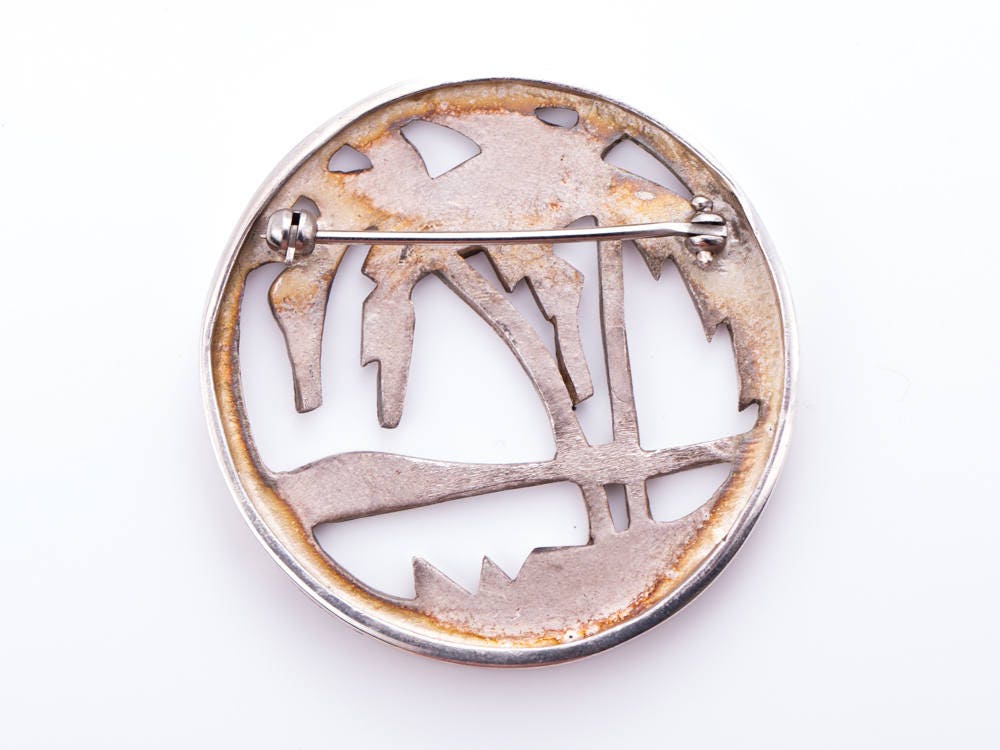 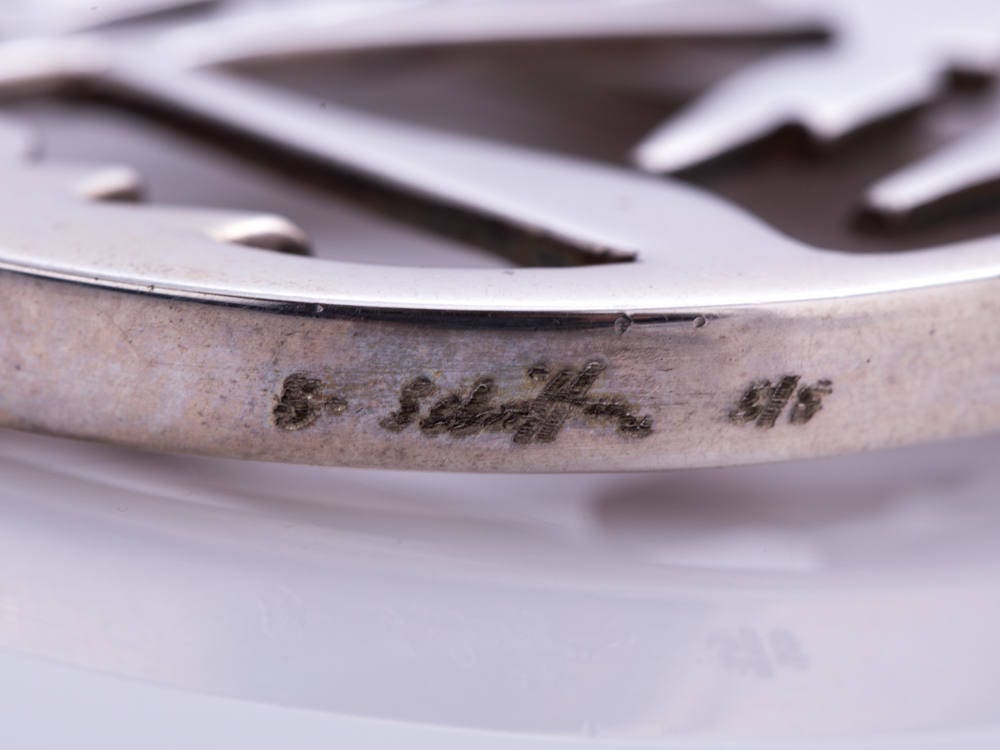 Purchased from the artist's estate. He is moving to Spain for the next chapter in his artwork and jewelry making. His pieces are HIGHLY collectible and will only become more so!

Building on the principles of the Renaissance, Bauhaus, and diStill movements, Bill Schiffer is one of those artists who manages to combine creativity with commerce. Over the past 30 years his name has become synonymous with unparalled creativity. One of his inspirations has been a statement by Ad Reinhardt who wrote "Many of us have felt that the way to reach people is to go to the places where they are, to indicate where aesthetic values exist (and they are inherent in all activities of life), to aid them in the appreciation and appraisal of visual excellence everywhere. And, of course, where art is absent, to help people obtain and create it".


An influential artist, Bill rose to prominence during the early 1980's. He was single-handily credited with reintroducing explosive color on to the Fashion Scene in a sophisticated way. In 1983 John Duka, of the N.Y. Times, referred to Bill Schiffer as the "unsung hero of the world of jewelry design".

From a fine arts background in painting and sculpture, New York born, Schiffer set out in the early 70's, after a ten year stint in advertising, to weld form and function, art and design in an entirely new approach. Bill decided to follow Ad Reinhardts statement and put art where it was absent, where it could be readily obtainable by all people, where it could travel freely throughout the society. He decided to create functional / wearable art in the form of jewelry. The new museums had become the shops and department stores throughout the country and Bill decided to treat them as a gallery. Bill Schiffer was one of the original innovators of the Art-to-Wear movement centered in New York's Soho area.

Today Bill's art is collected internationally - both his wearable art, and his paintings and sculptures. Schiffer's work has been shown in galleries and museums throughout the United States and the world. His collectable crystal jewelry was selected for the "Jewels of Fantasy" museum tour, considered one of the more important jewelry shows curated this last century. The tour has been presented at the Victoria and Albert Museum in London, the Musee des Arts Decoratifs in Paris, as well as major museums in Italy, Japan, Germany and the United States.

Bill Schiffer's sterling silver, gold and gemstone collections are inspired from his sculpture. They are fresh, contemporary and neo classic. His strength of design coupled with the clean simplicity, and purity of form allows the jewelry to travel easily from day to evening wear. Today women are looking for signature pieces, jewelry with soul. Schiffer's jewelry is the icing on the cake, the finishing touch, the ultimate accessory. As attractive as the work is in its case, it becomes totally alive on the wearer, highlighting her face and throwing the focus onto her eyes. He achieves this fluidity through the beauty and rhythm of his shapes. All the gemstones are carefully selected for vibrancy of color and clarity of cut. Each piece is hand crafted and no two will ever be alike. They are made to order ensuring care in their creation. The artist hand etches his signature into every piece marking them as collectable. Bill Schiffer's jewelry is both elegant and spirited in its intention. His pieces make a statement. They are bold, sensuous, and very feminine.