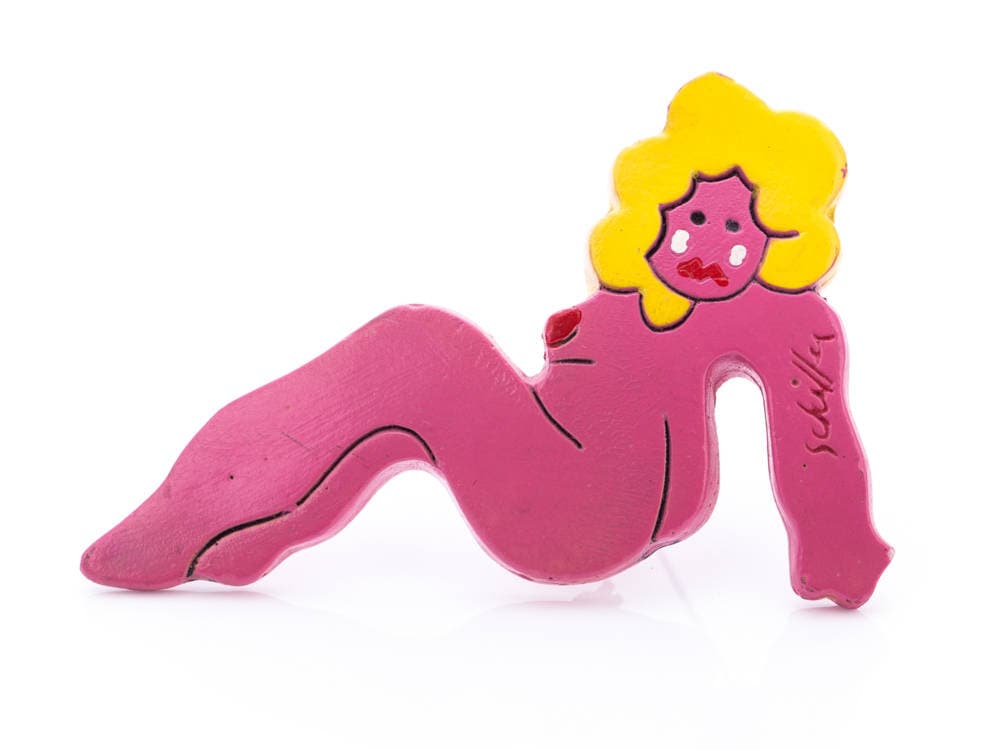 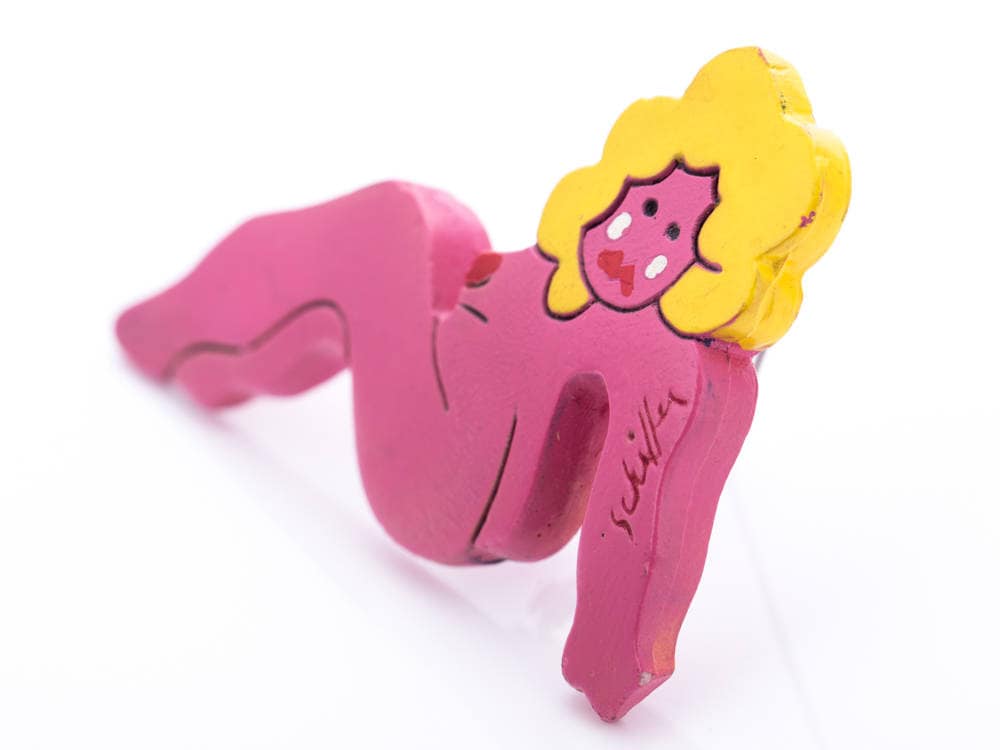 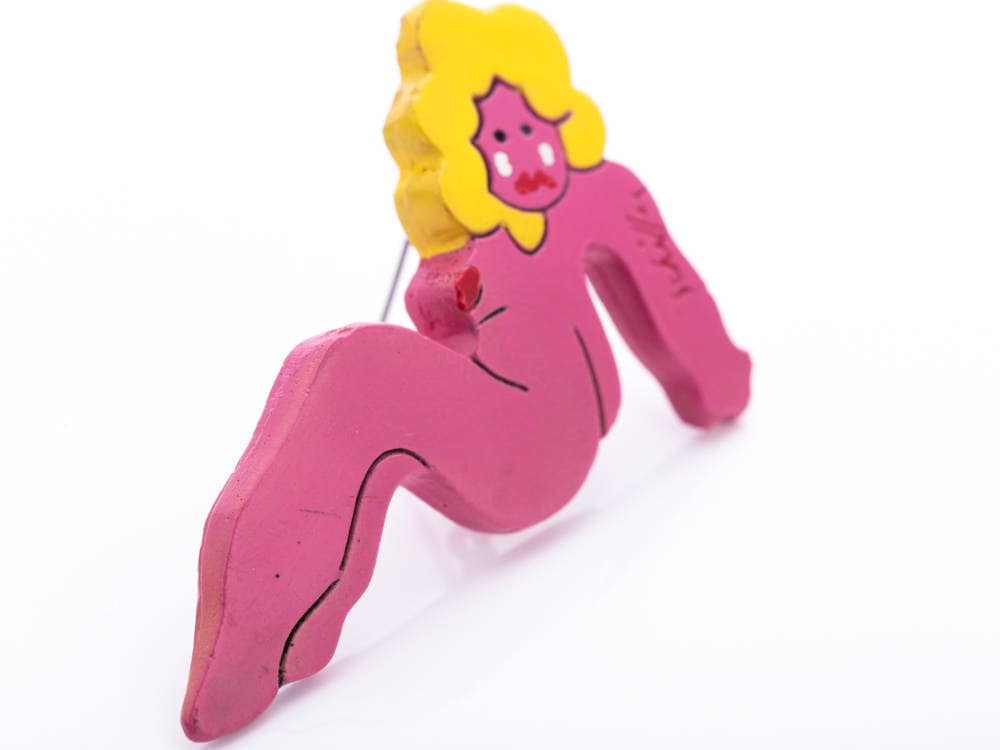 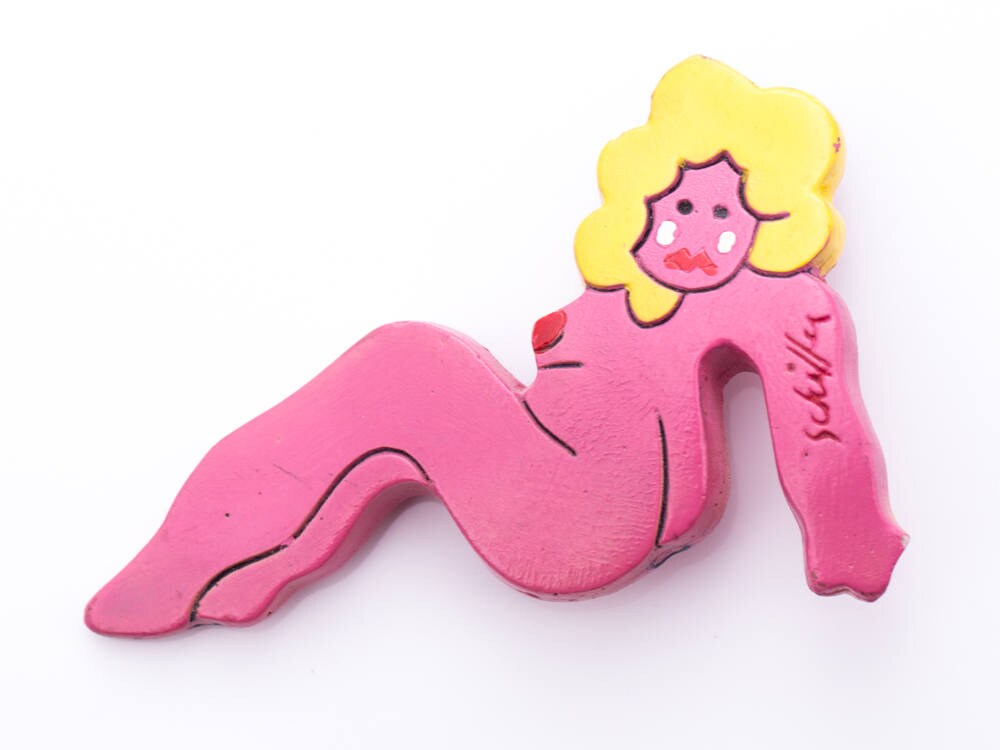 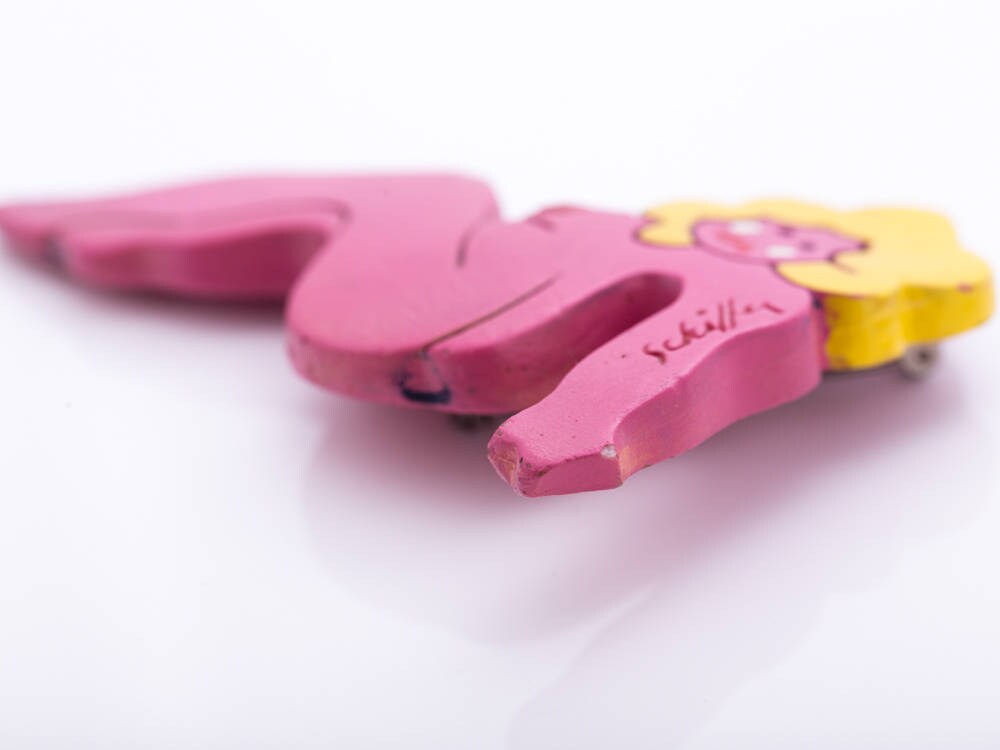 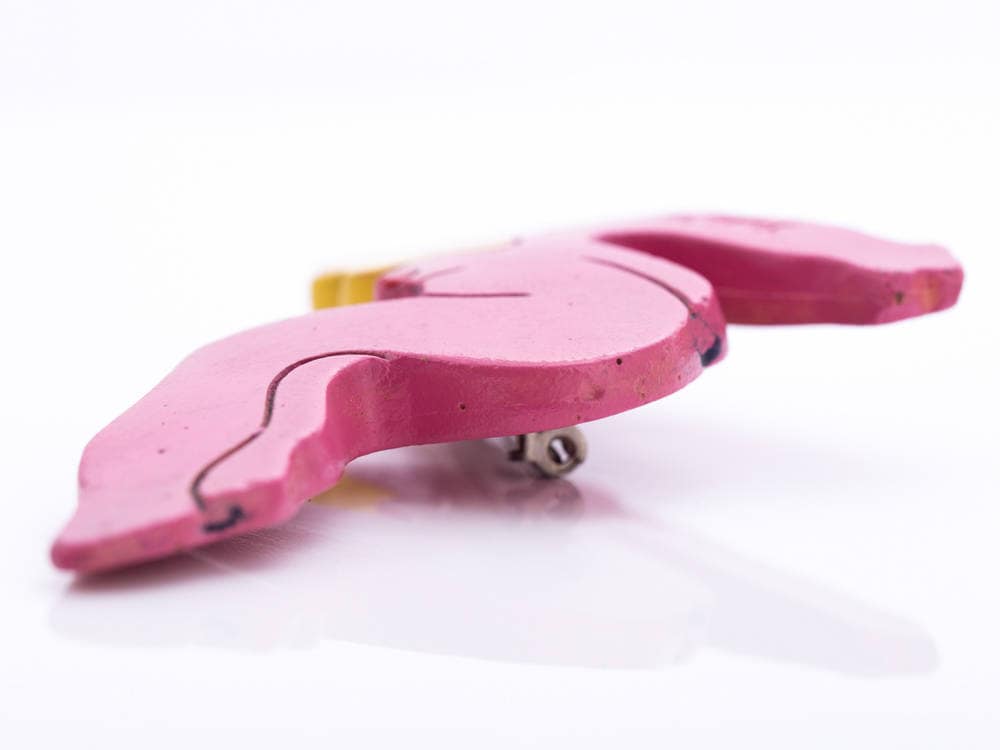 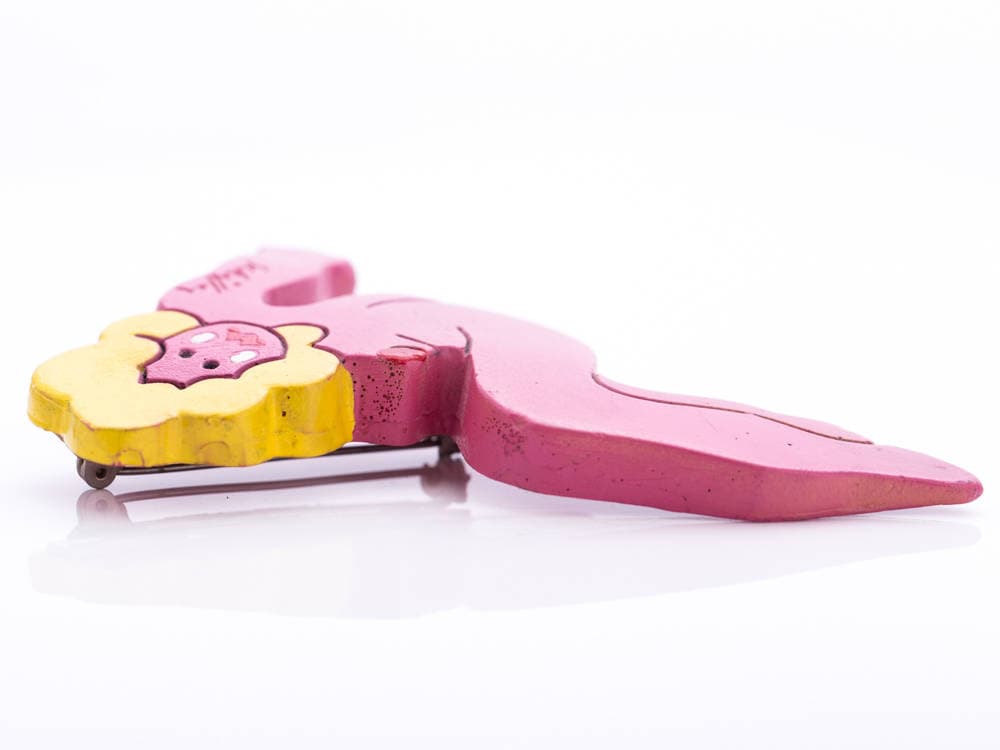 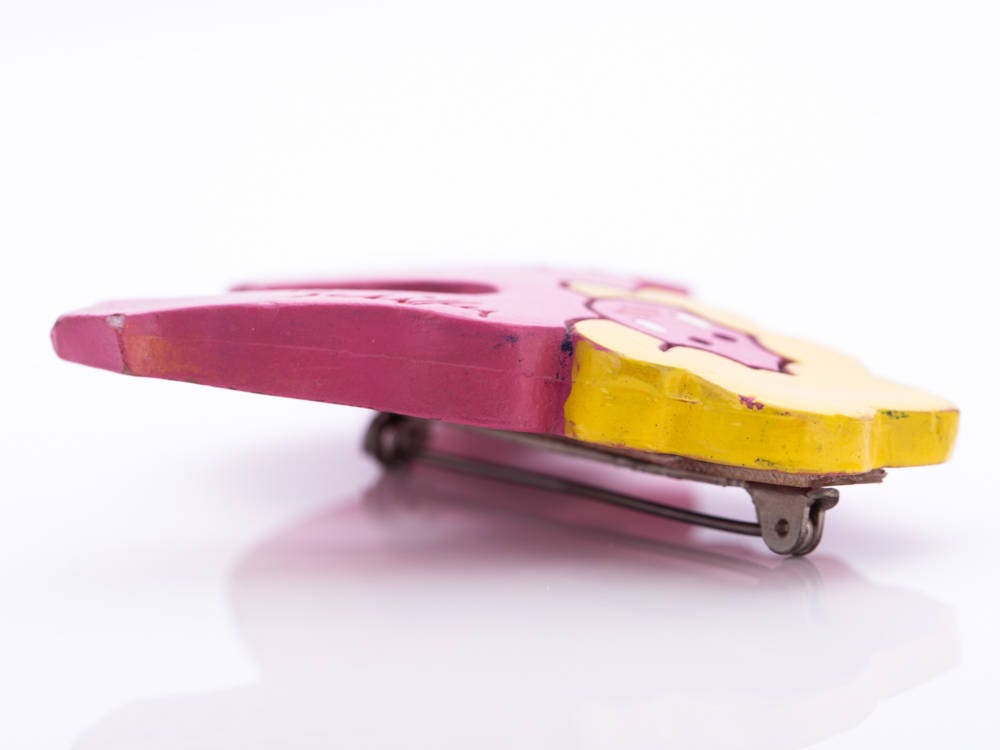 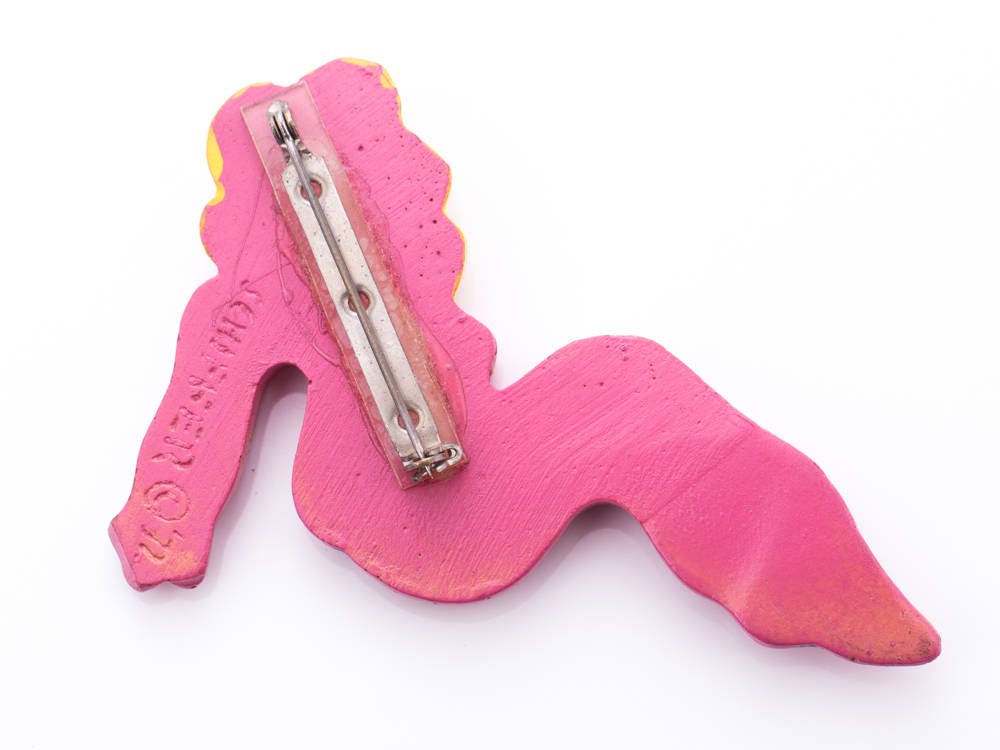 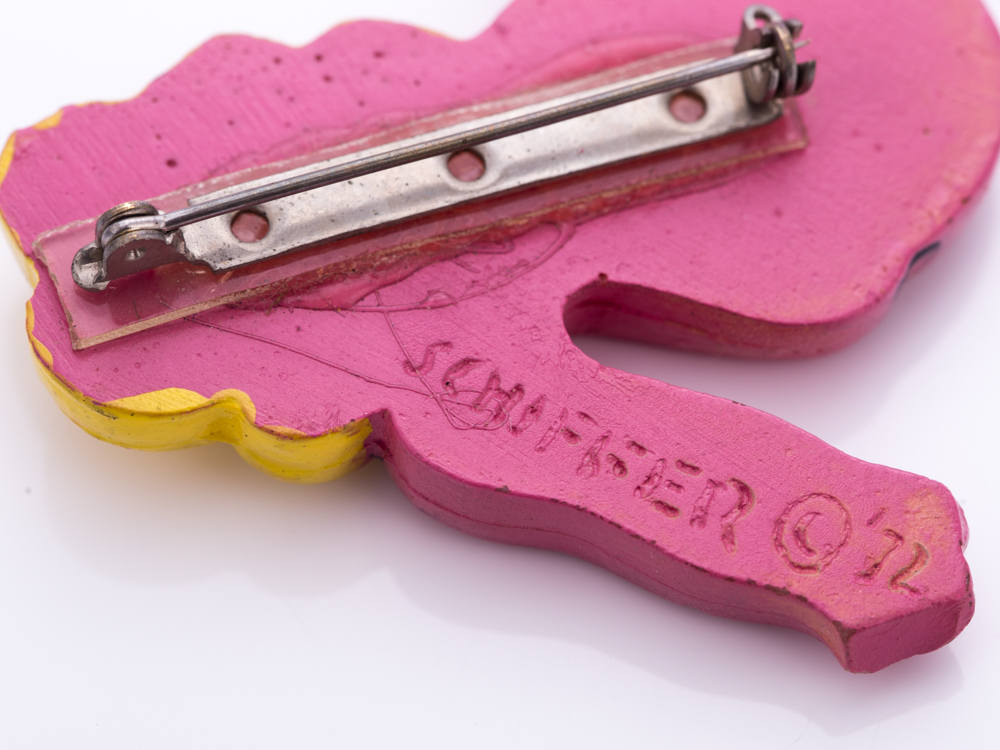 Made of cast resin in the shape of a woman, this brooch is meticulously hand=painted by the artist!

HIGHLY collectible piece by this artist from whose estate I purchased many pieces. He is moving to Spain for the next chapter in his artwork and jewelry making. These pieces will only get more collectible now.