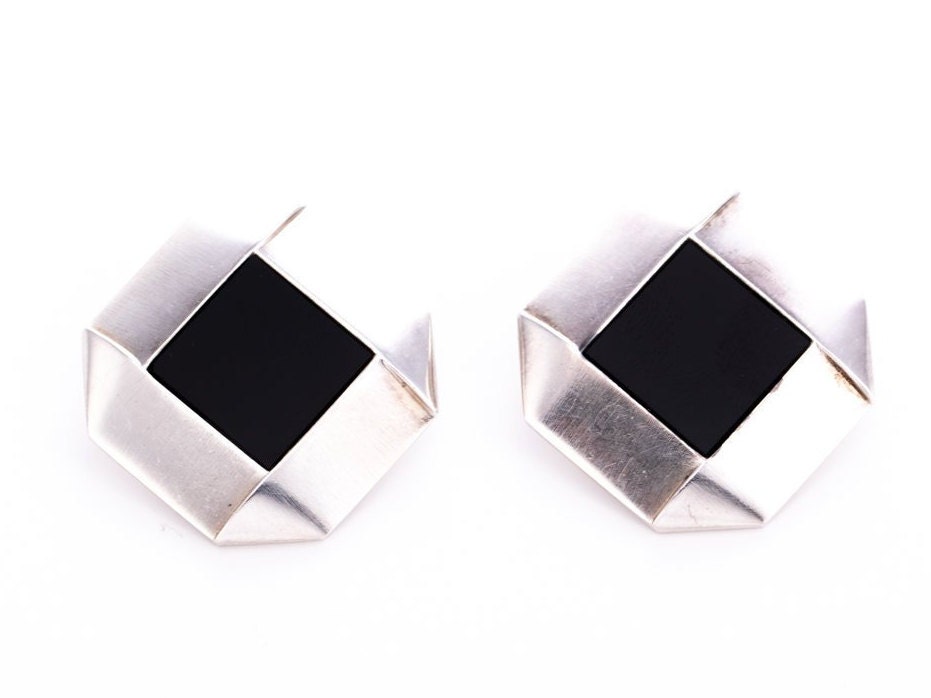 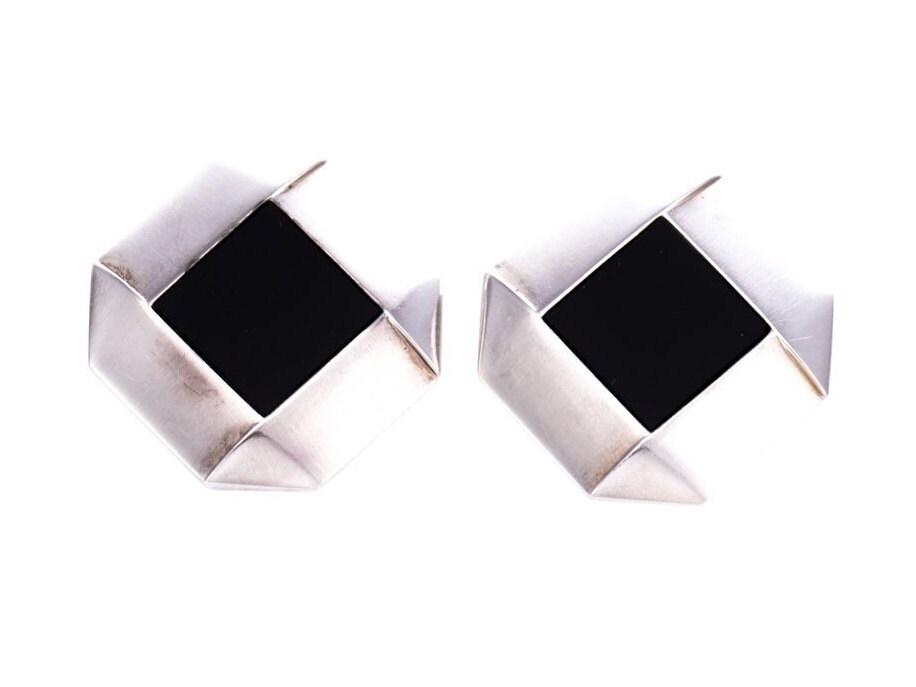 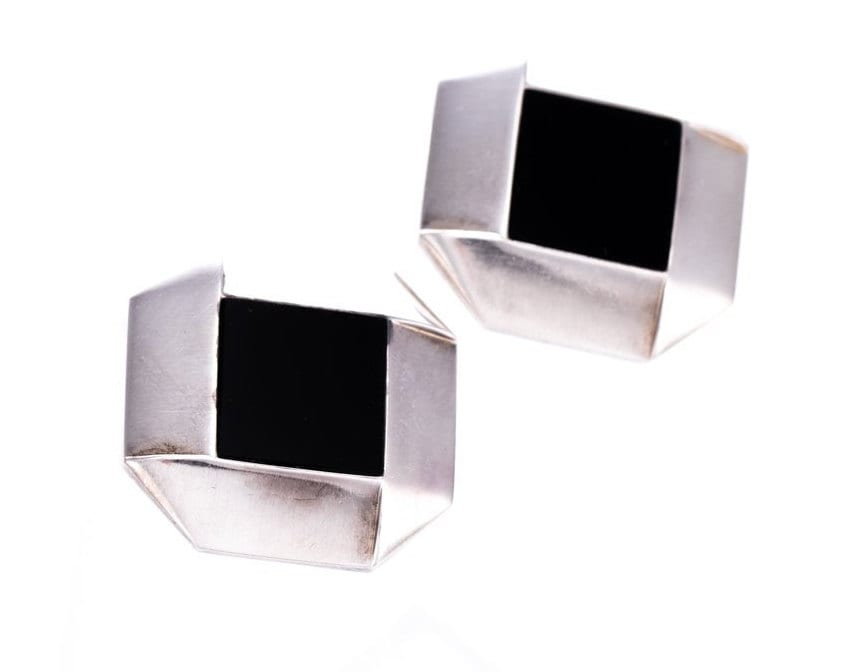 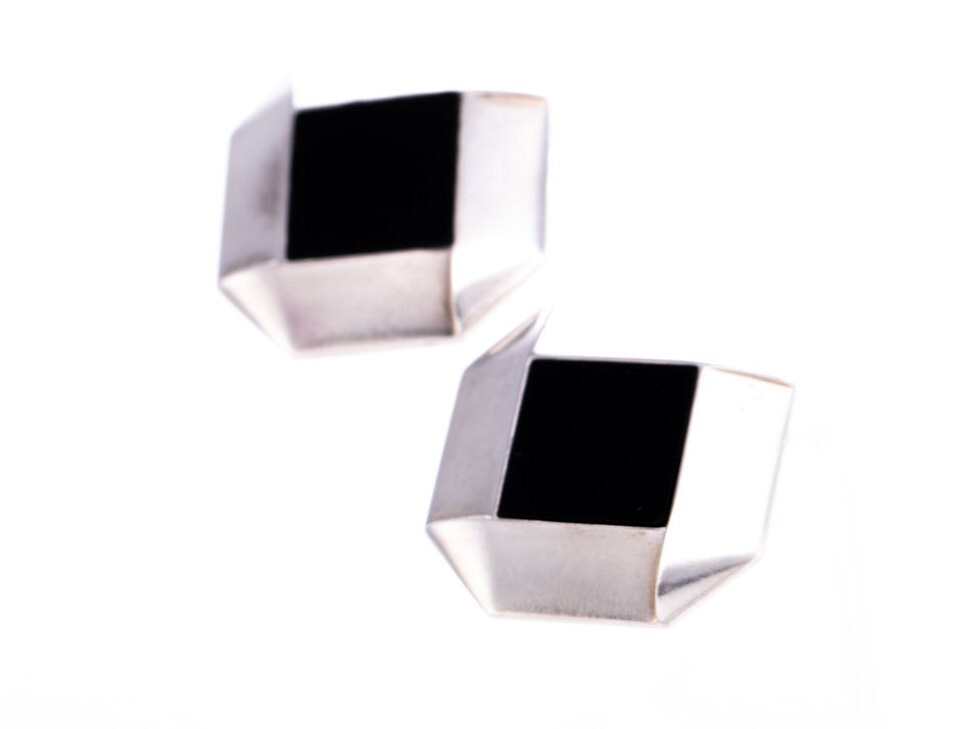 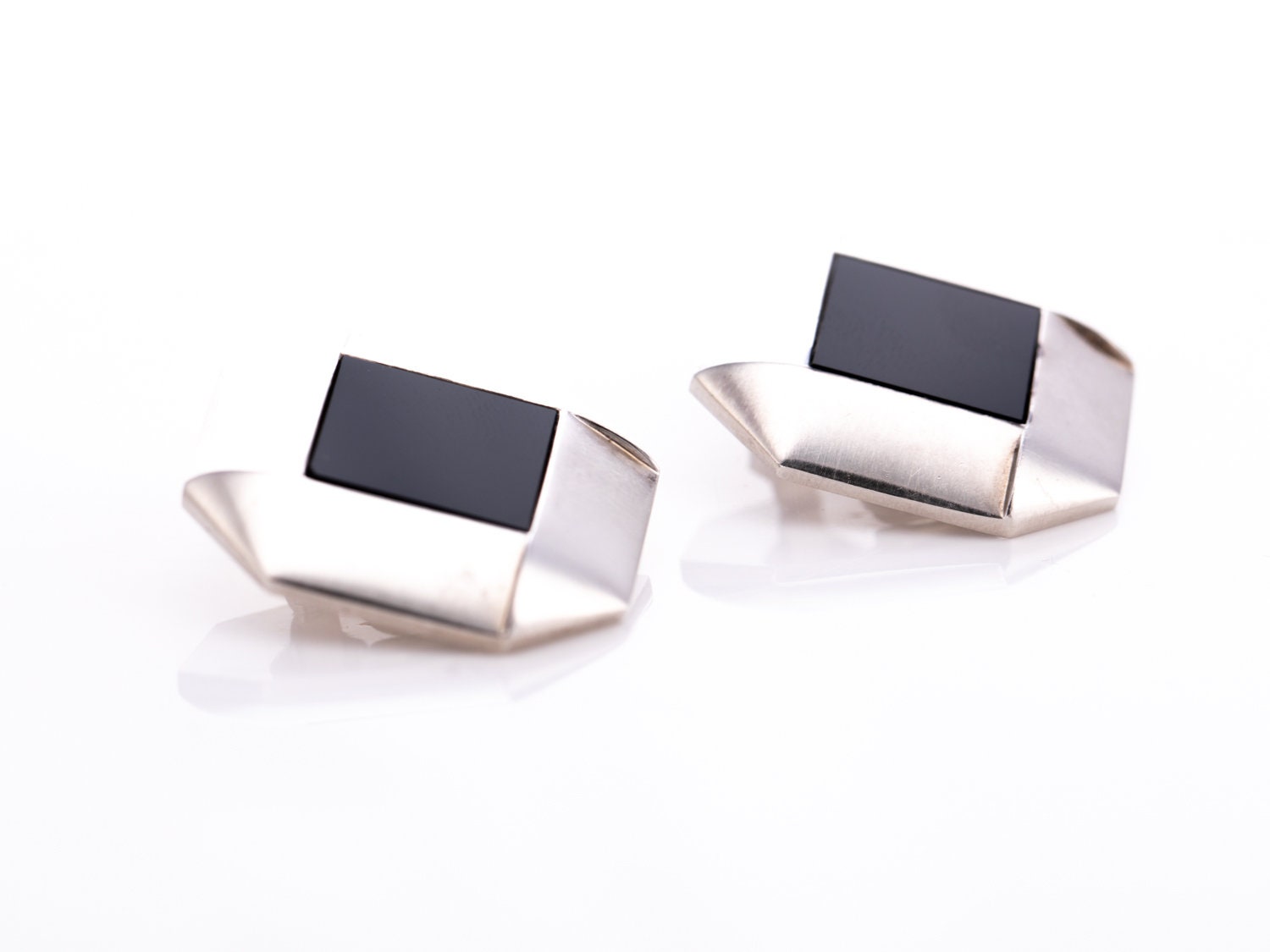 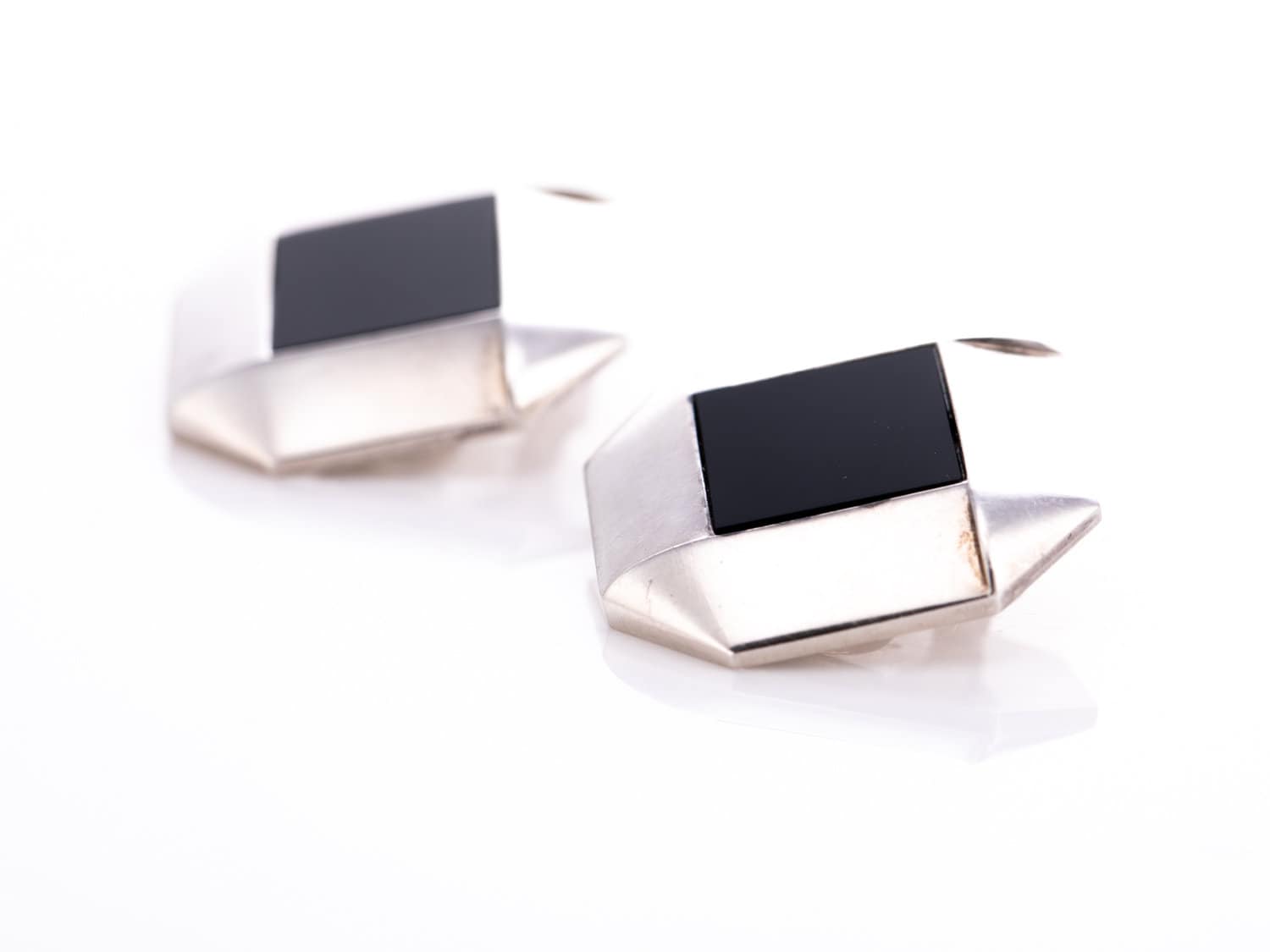 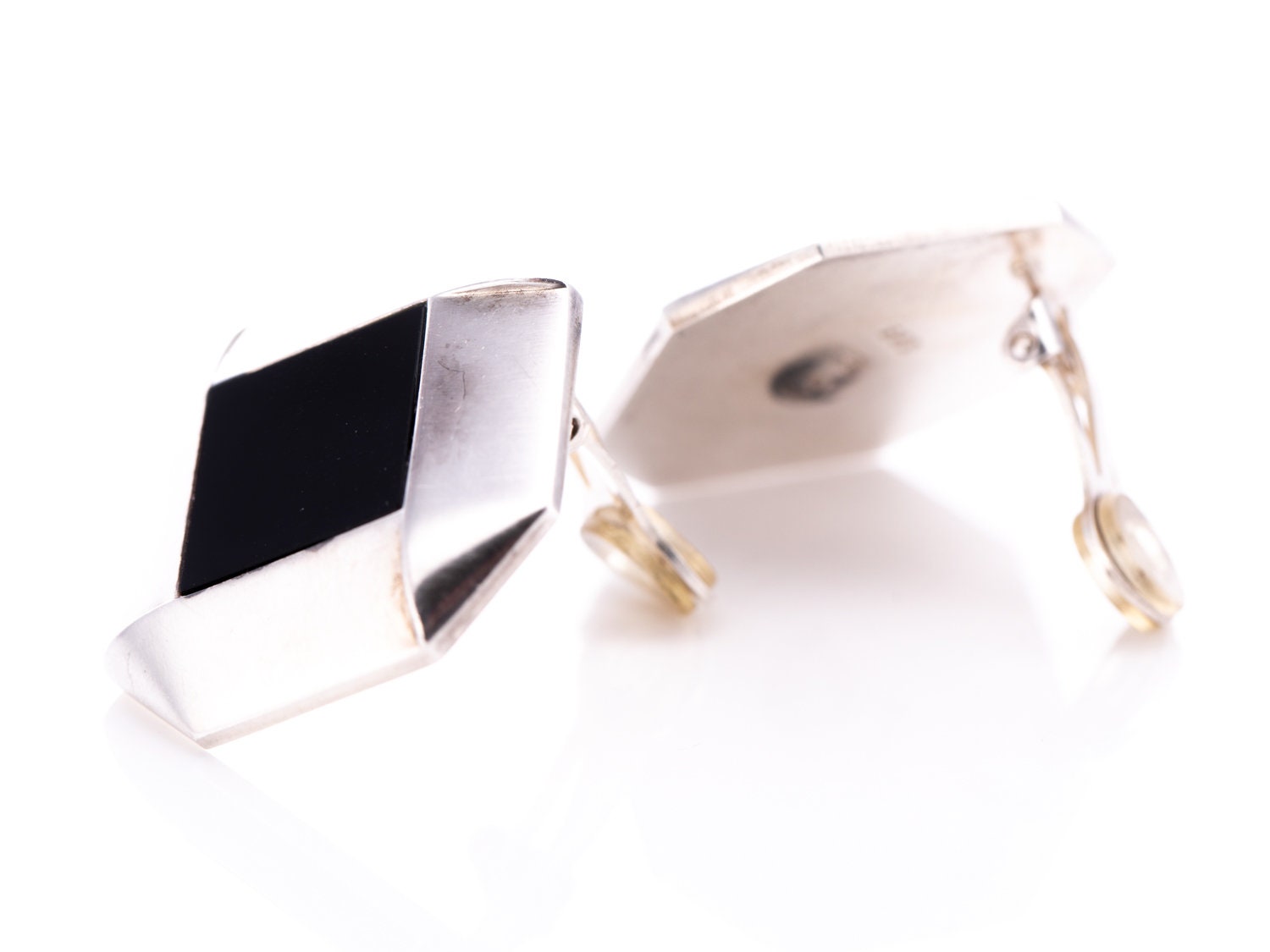 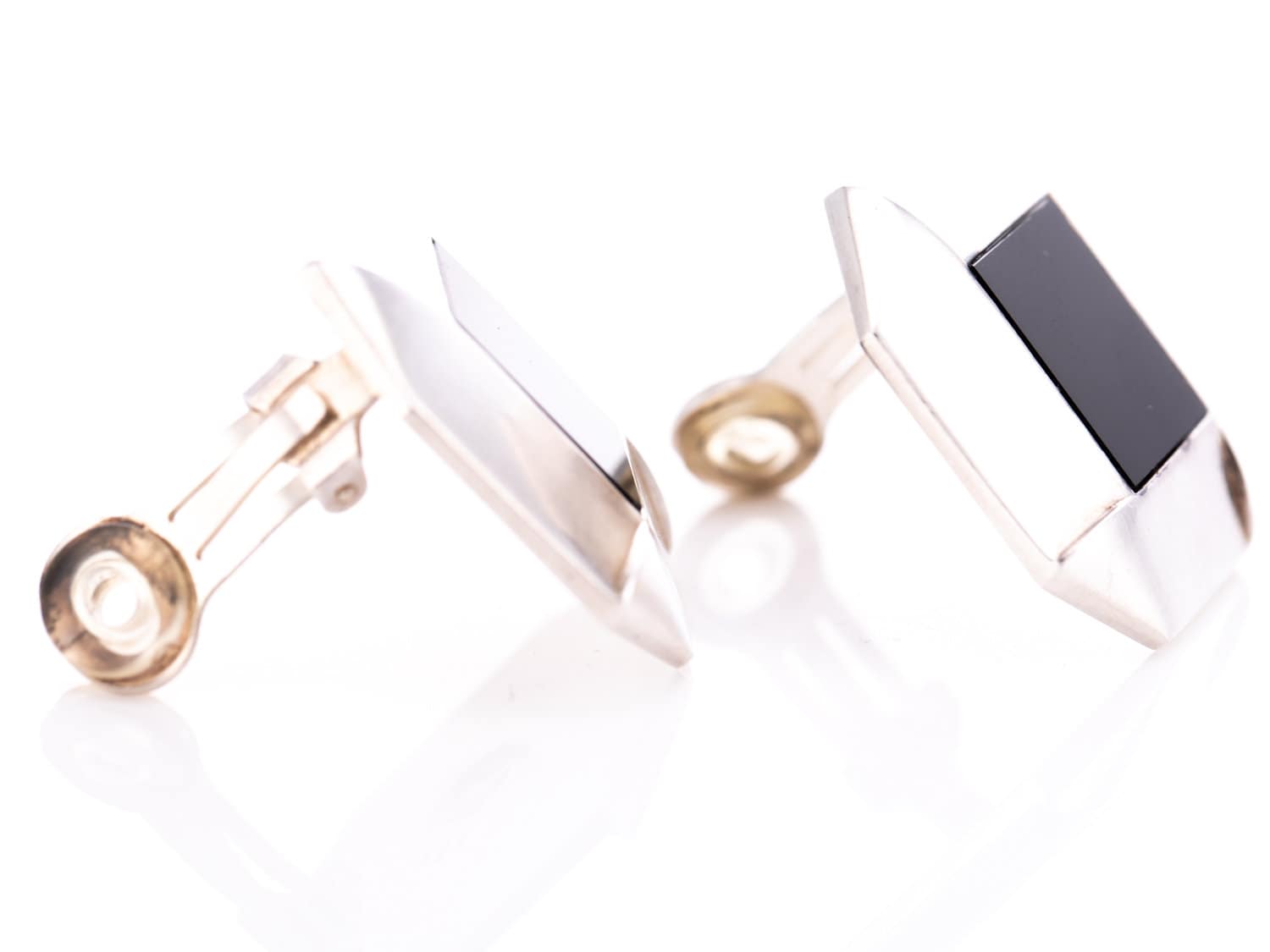 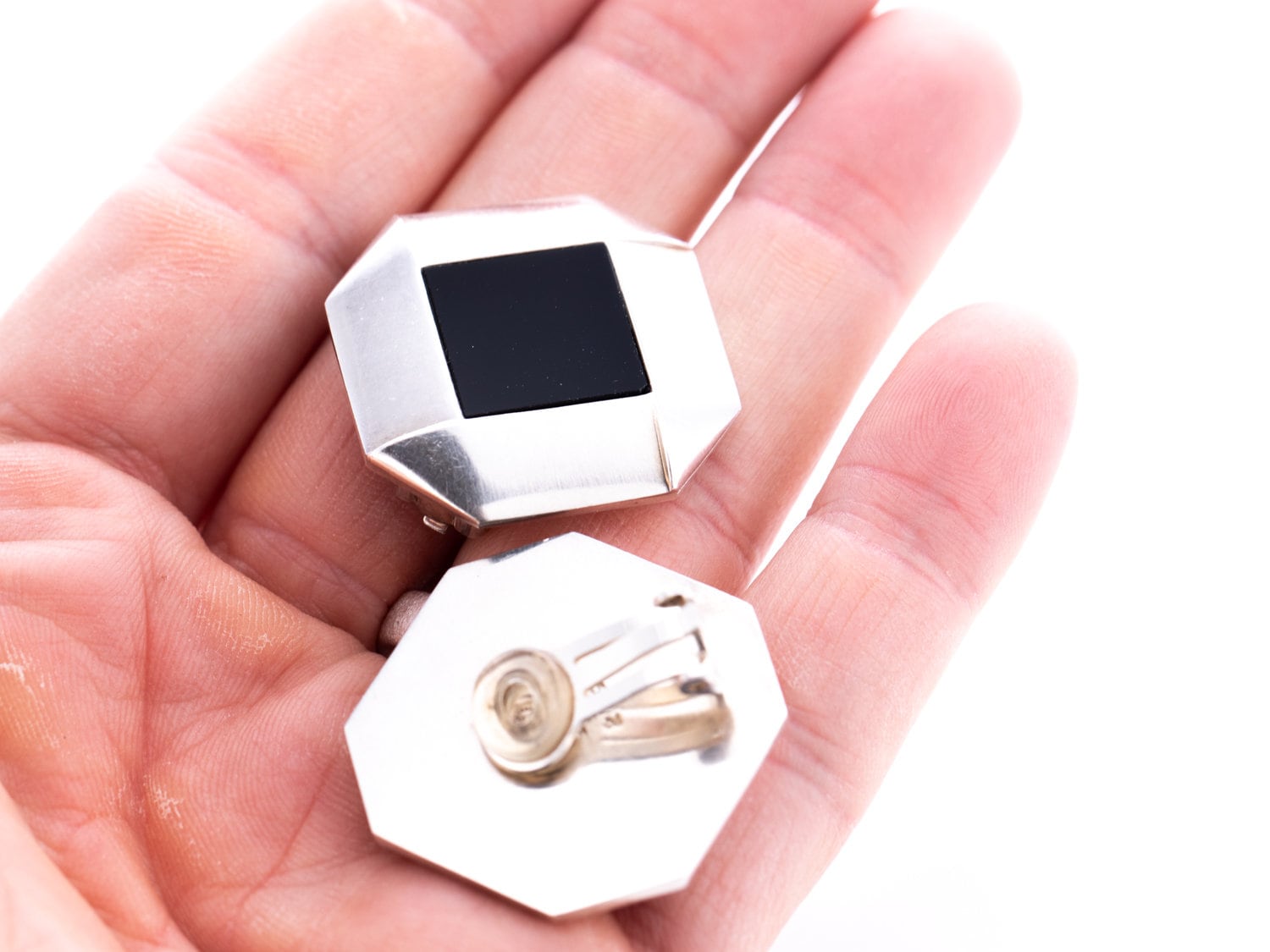 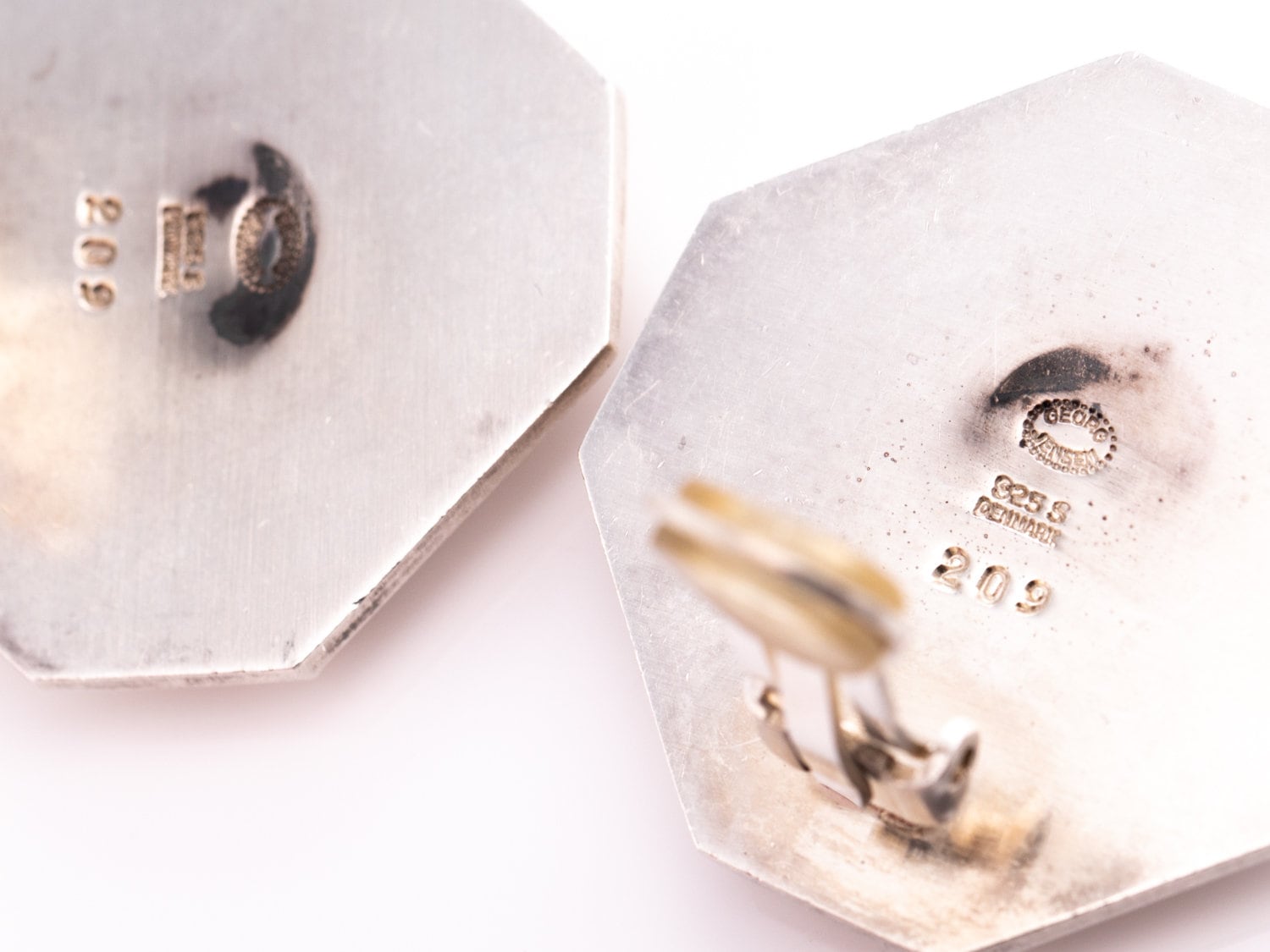 At first glance, Allan Scharff's simple, abstract pieces could not be more different from the romantic, arts and craft style of Georg Jensen. In fact, however, they both spring from the same source, Nature. Georg Jensen always claimed that from his early childhood, Nature was his greatest inspiration. His work certainly bears this out with the blossom and fuchsia flatware patterns and his vines, leaves and grape motifs in jewelry.

Sharff has written "Nature has an abundance of forms. Nature is the most fascinating textbook. Nature's language is visual and direct. Scharff's birds and other natural forms dominate his work. To see how two artists start from the same place and use their individual vision to arrive at such different art is the wonder of creative genius.

Allan Scharff began his professional career with Georg Jensen at the age of 18. He worked there from 1963 - 67 and earned an apprentice certificate as a silversmith. He specialized in hollowware and his graduation project was the execution of a complicated pitcher designed by Henning Koppel. After completing his apprenticeship, he went to the Guldsmedehojskolem (Goldsmith High School) of the Insitut for AEdelmetal (Danish Institue of Precious Metals). He graduated in 1975 and then worked as an independent silversmith from 1975 to 78. From 1978 to 1979, he was the silversmith in residence at the Herning Kunstmuseum (Herning Museum of Art) in Herning, Denmark. He was an advisor and designer for the Hans Hansen Silversmithy from 1978 to 1987 when he began working for Georg Jensen Silversmithy designing jewelry, hollowware, and watches. He has also designed ceramic and glass pieces for Royal Copenhagen Porcelain, Orrefors and Holmegaard. These days he works out of a studio in Copenhagen as "designing silversmith". He designs and executes hollowware items, many of them commissioned pieces.

He has received many awards including the World Crafts Council Europe Award in 1993 and the Bayerrischer Staatpreis in 1995. His work has been widely exhibited worldwide and he was the youngest founder of Danish Silversmiths in 1976, a group composed of many of Denmark's leading silversmiths who still stage exhibitions.