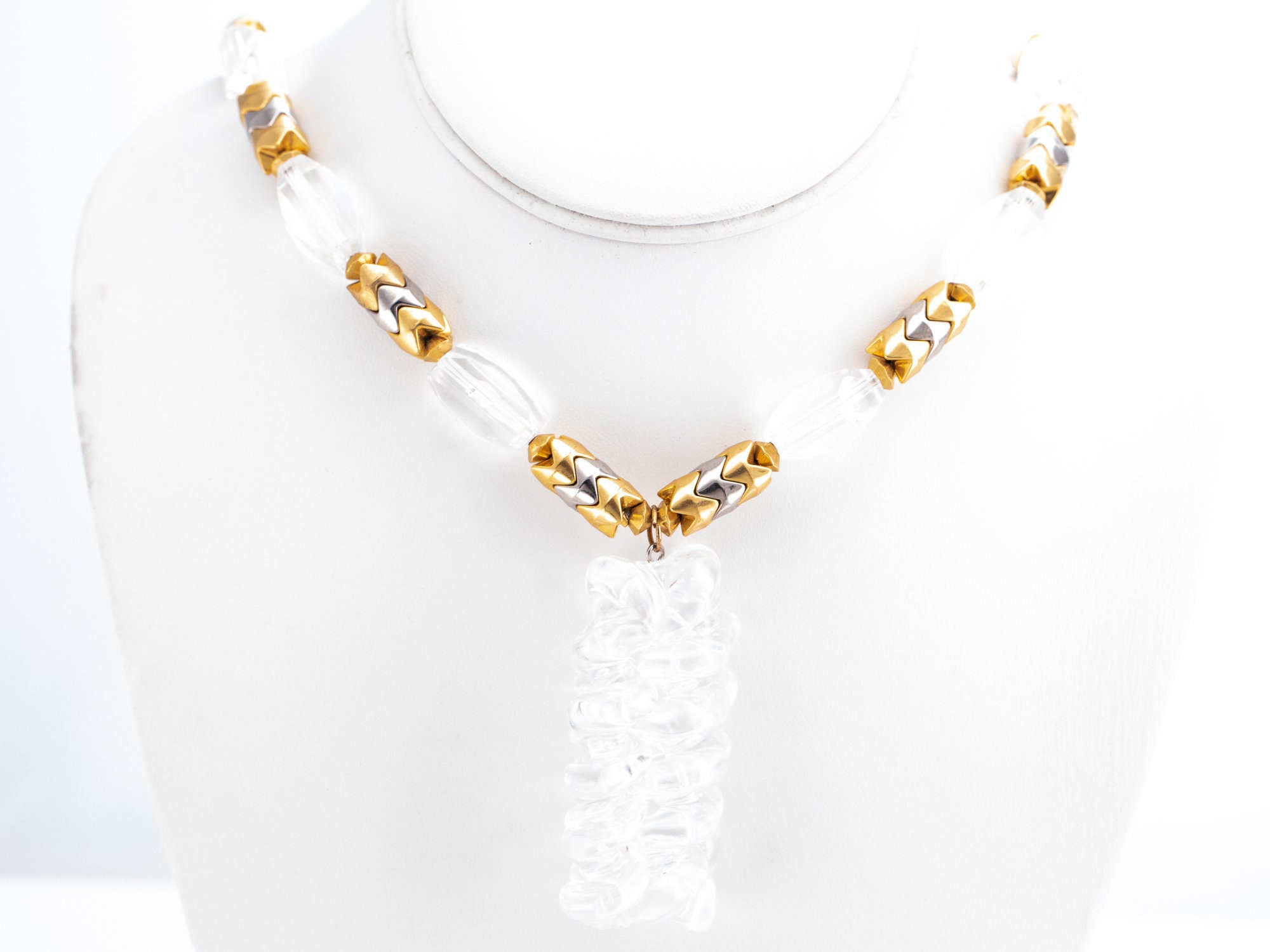 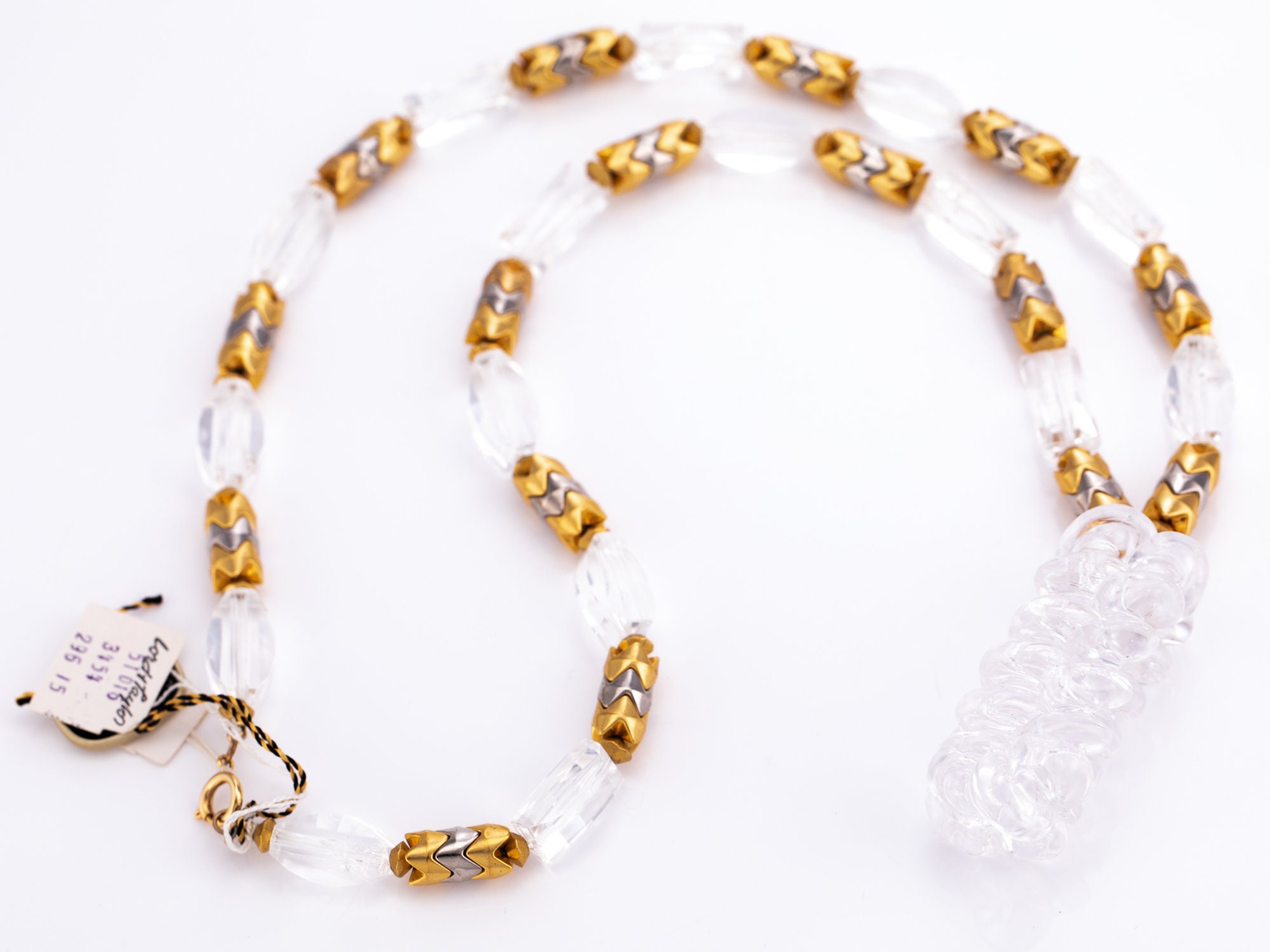 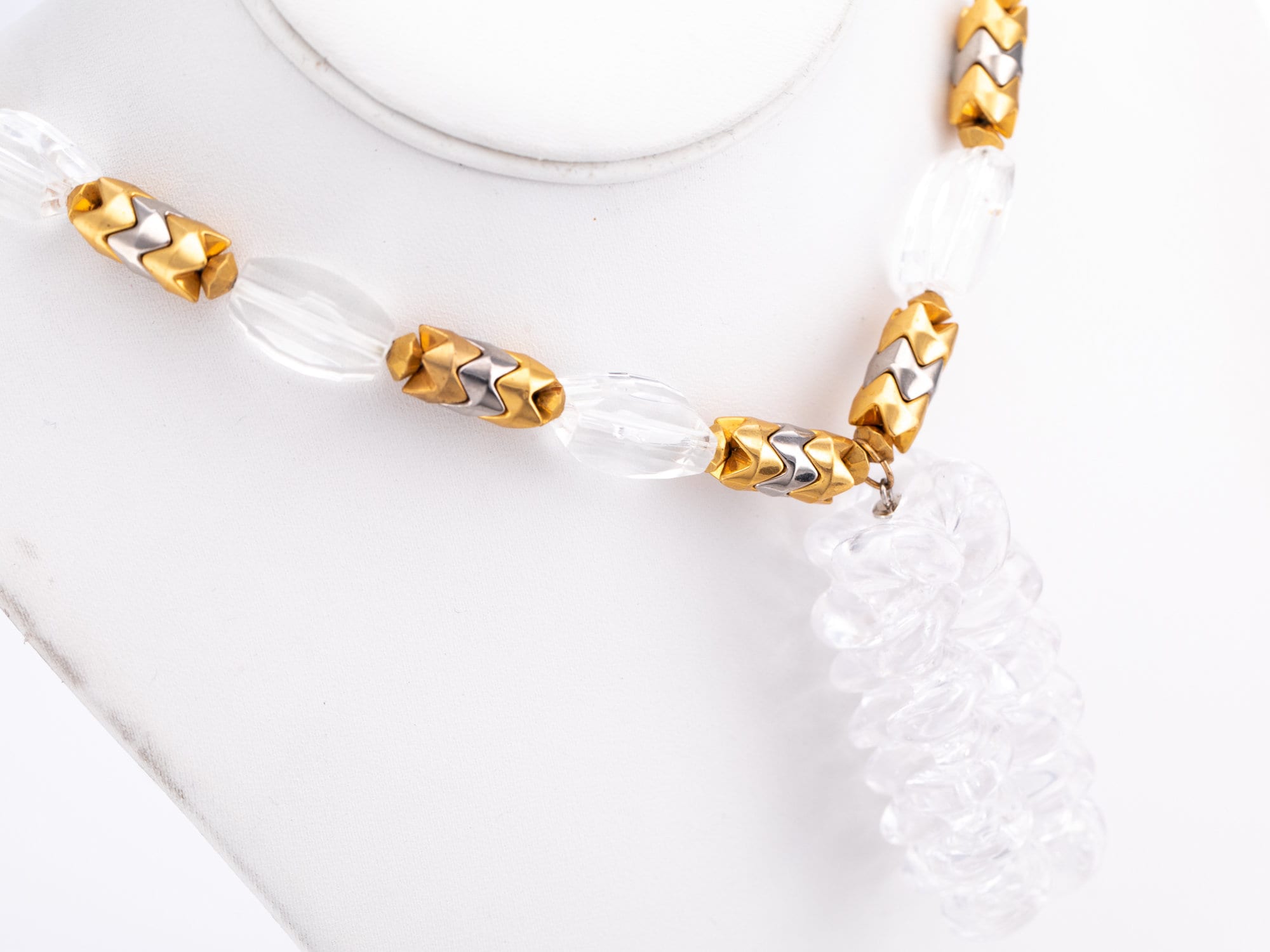 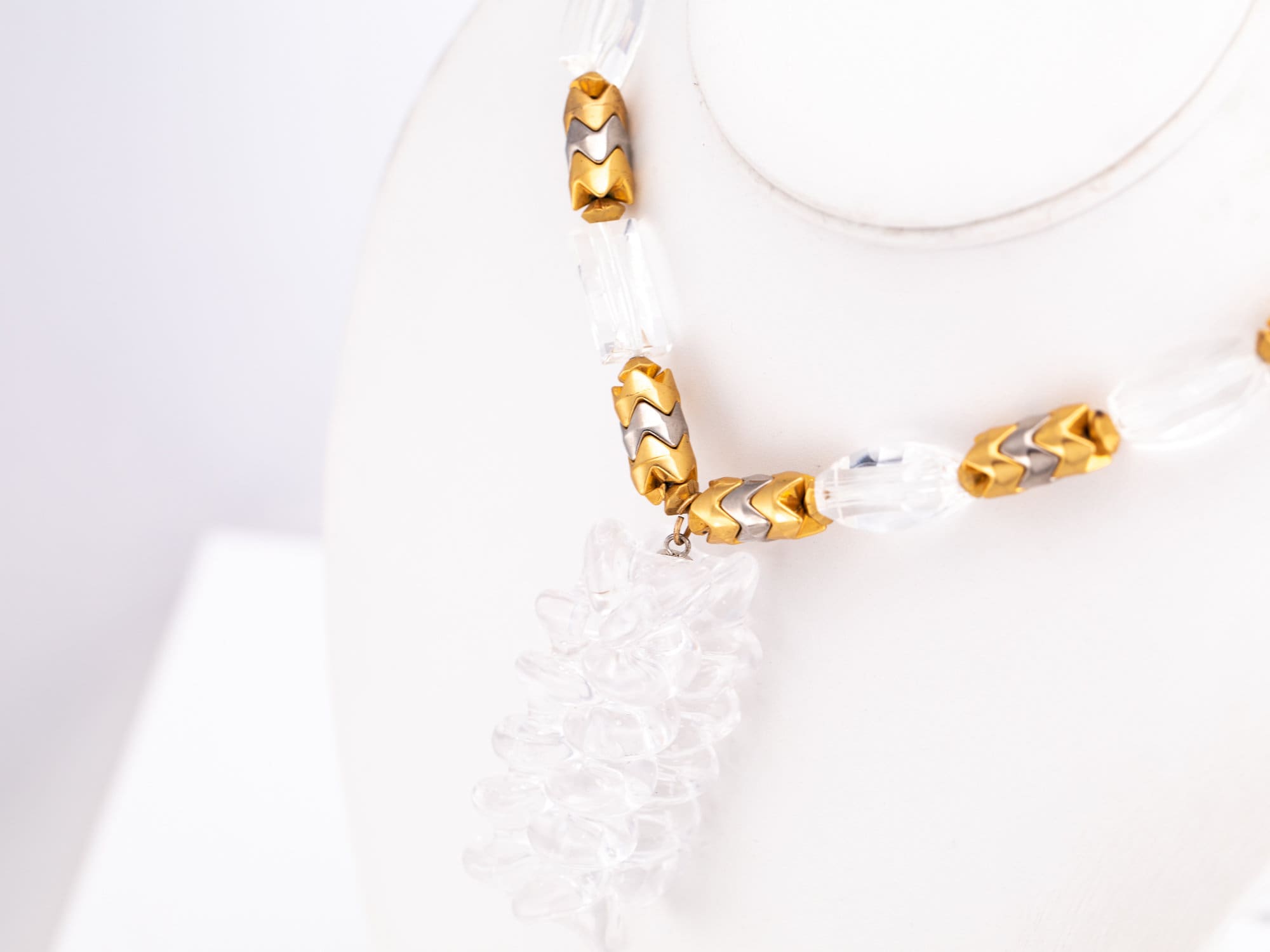 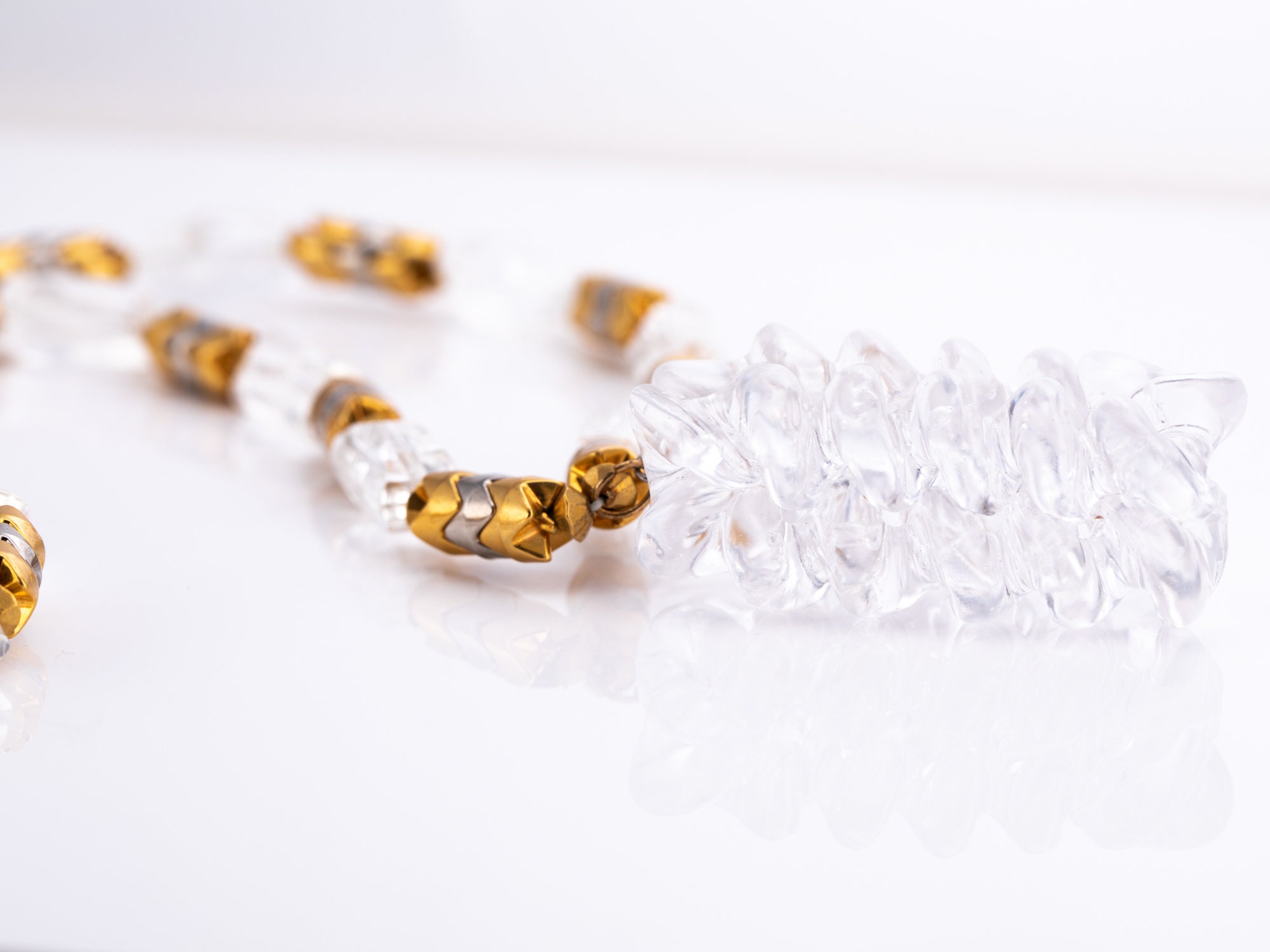 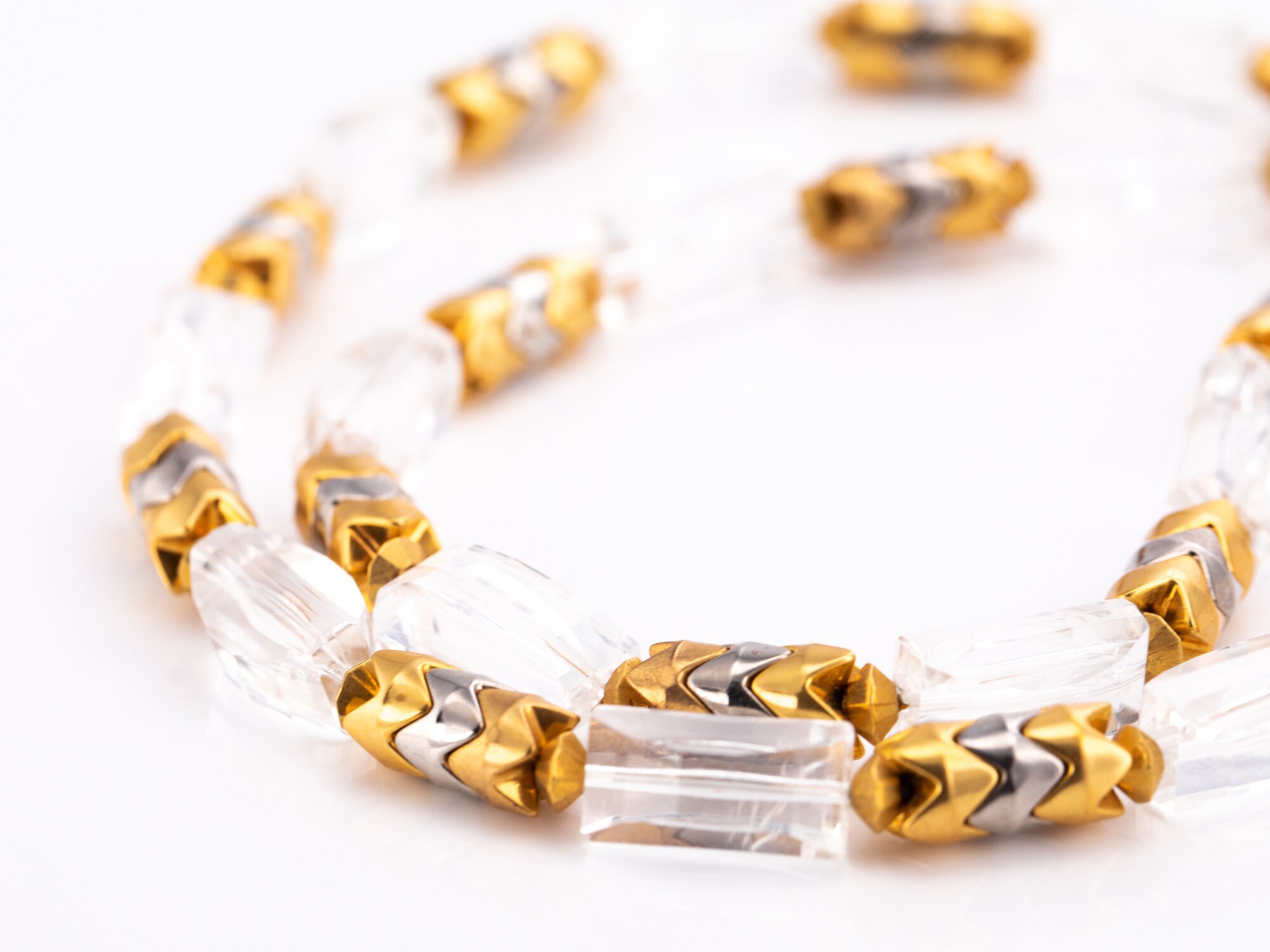 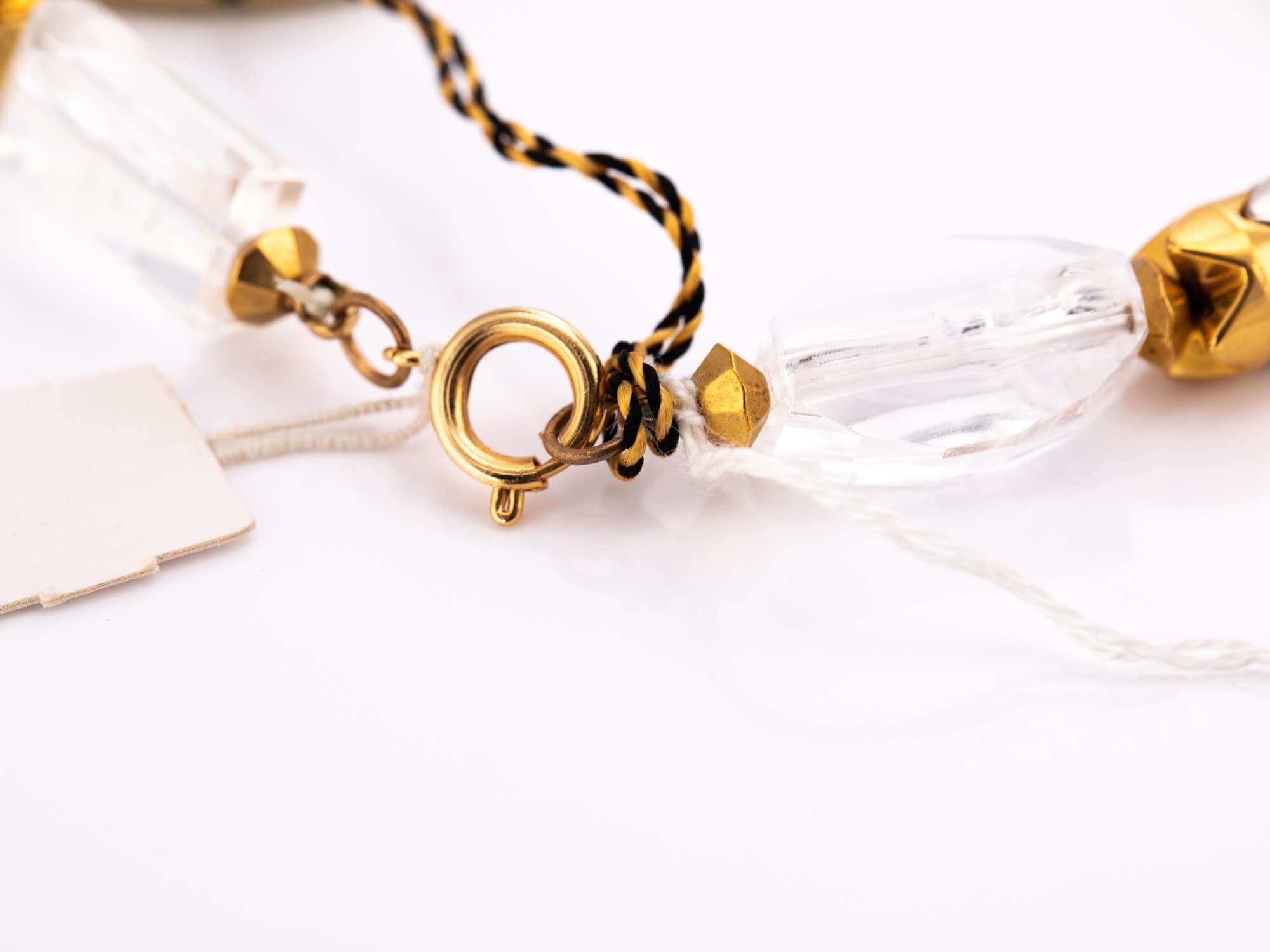 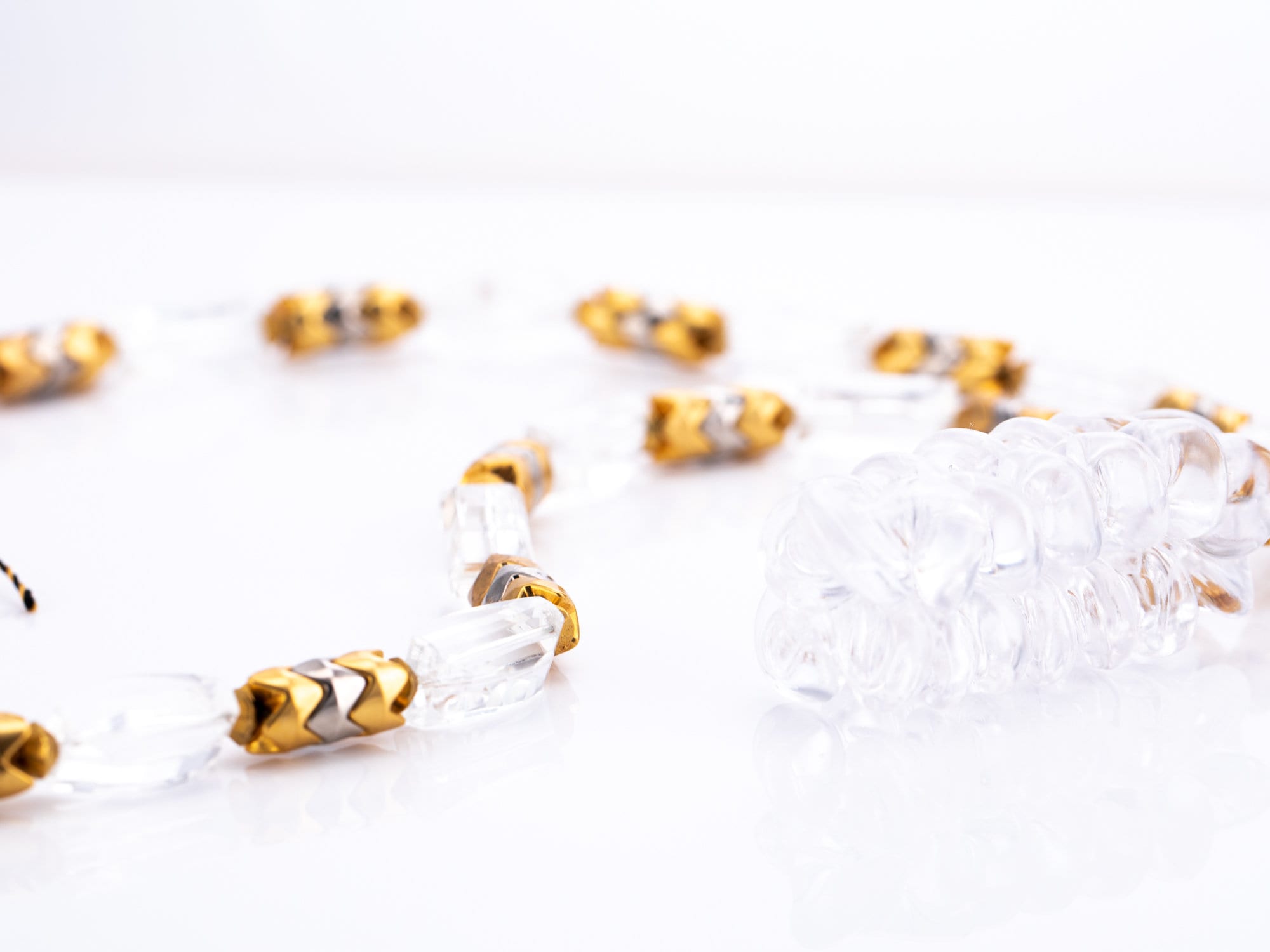 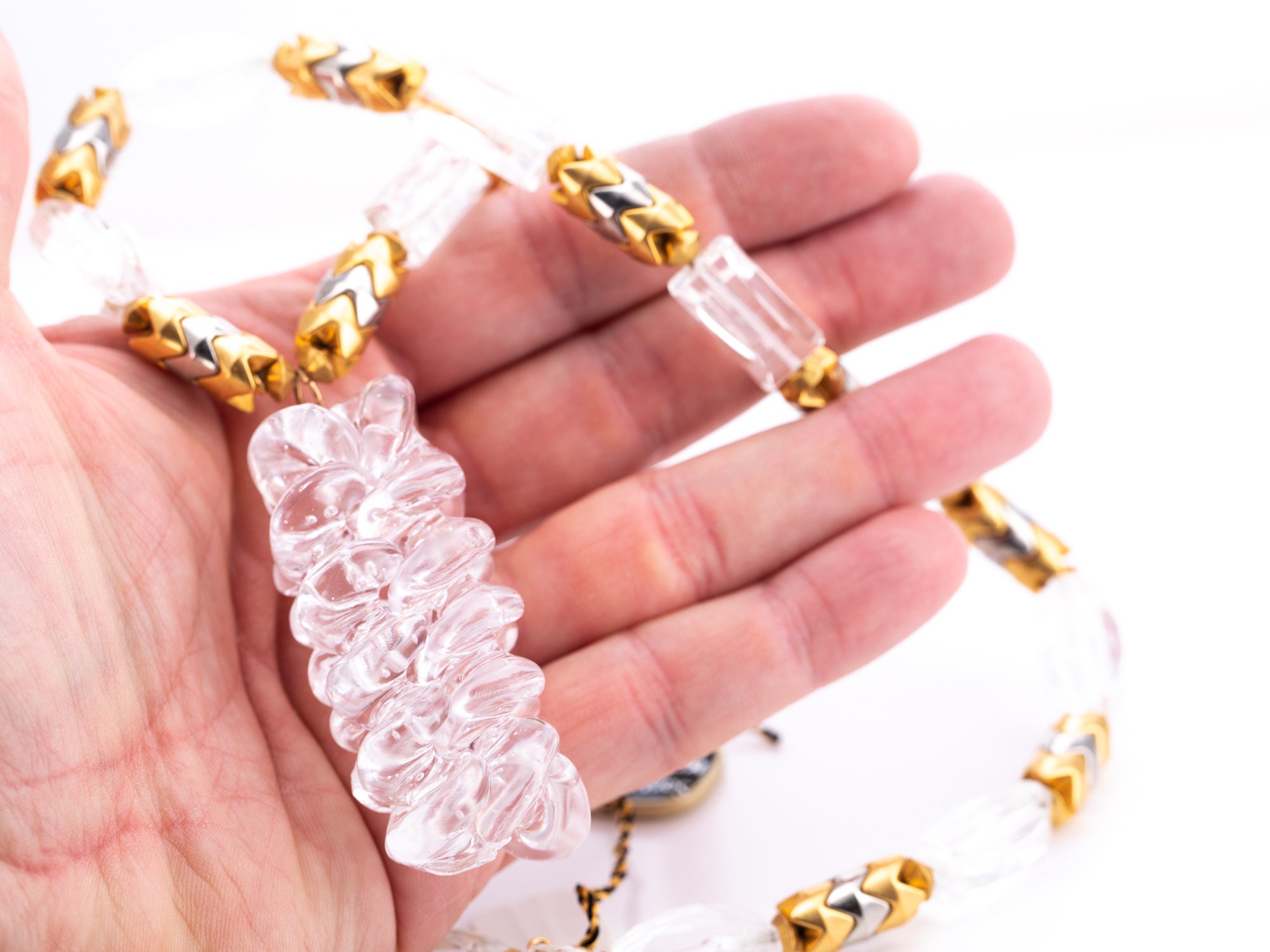 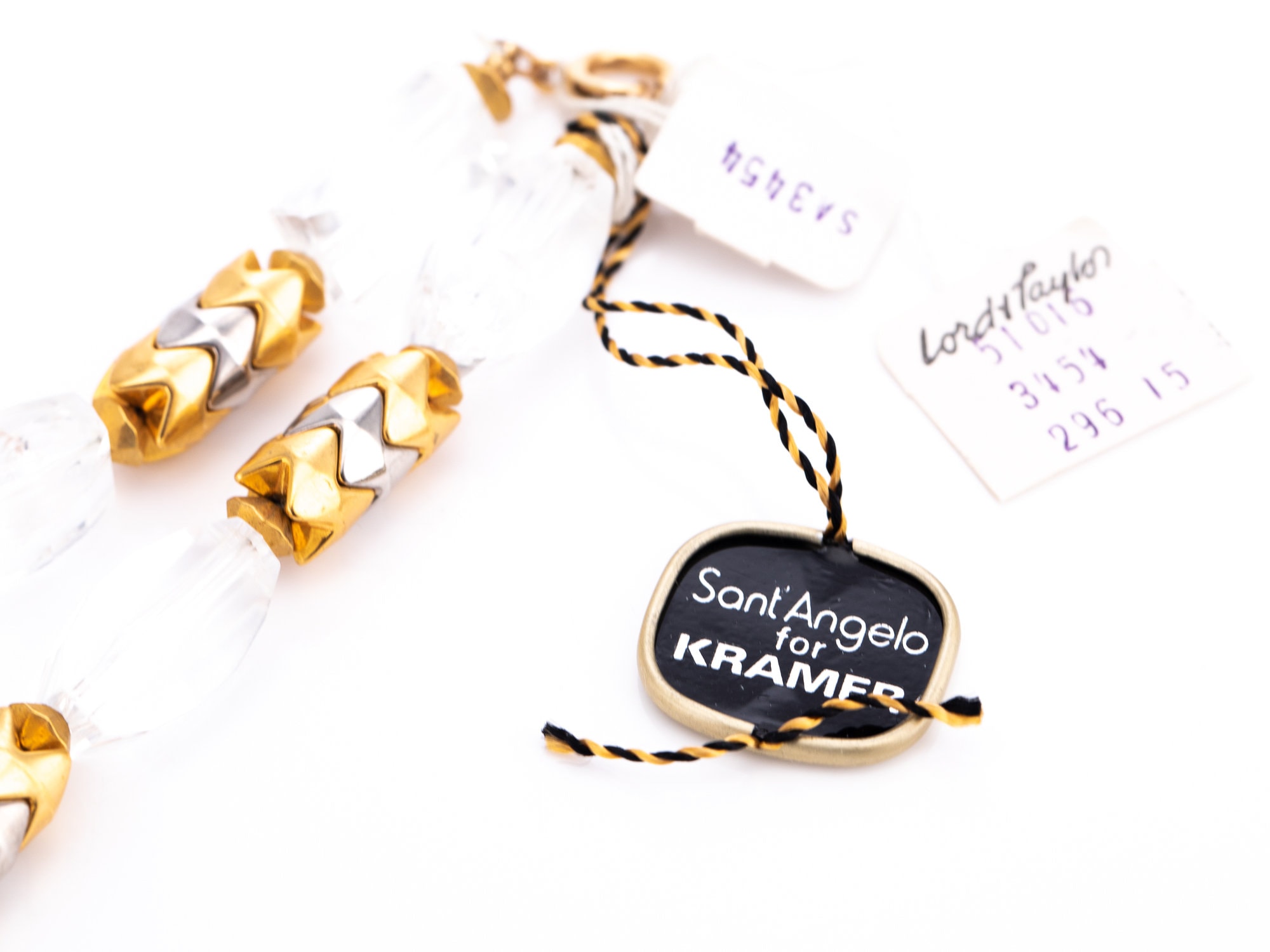 
Giorgio Sant'Angelo received a degree in architecture at the University of Florence, then later studied industrial design and ceramics. He also studied with Picasso for six months, as the result of winning an international ceramics competition, sponsored by the French government. Picasso encouraged his student to "trust his own restless creativity and to keep on trying new artistic ventures," Sant'Angelo moved to New York City and first worked as a textile artist and later worked in interior design. For fun, he started making Lucite and plastic jewelry. Catherine de Montezemolo first noticed the jewelry, then later Diana Vreeland, who started featuring it in Vogue magazine. This set his career into motion.